The hills above Salt Lake City are finally turning green. 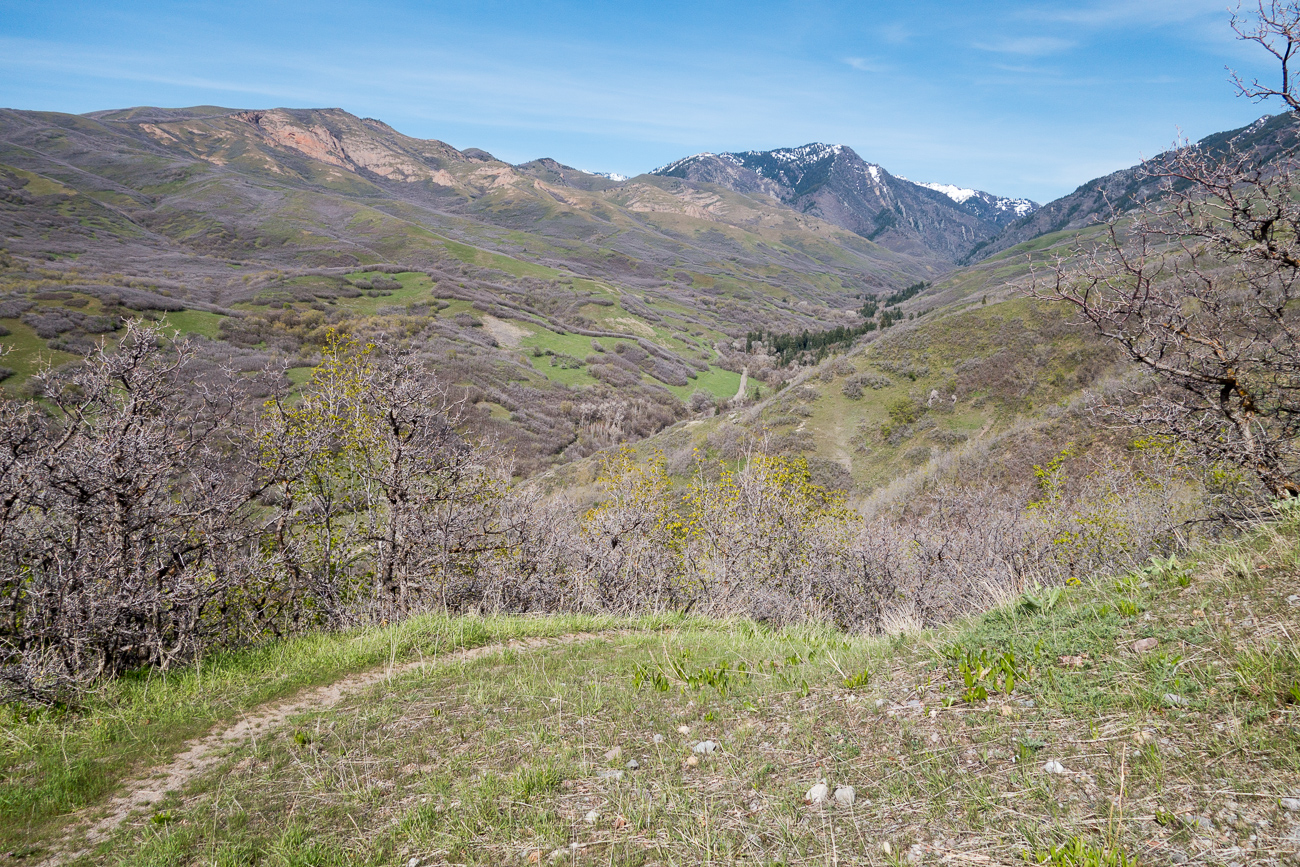 Earlier in the year my family took a short trip to southeast Utah but it rained so much one day that I didn’t think the dirt roads would be passable, so we visited Ratio, a land art installation near Green River UT. 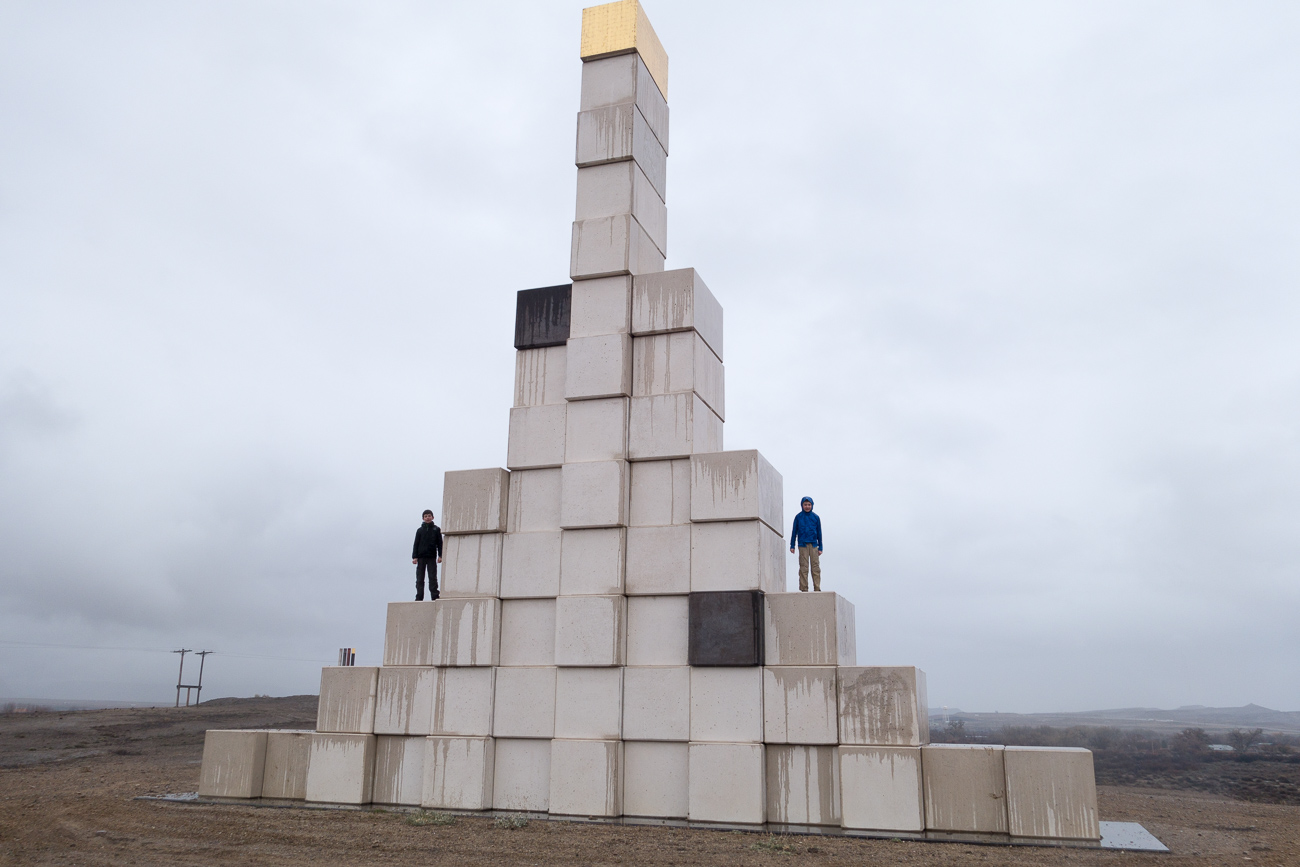 The next day started out foggy and cold, here’s an unassuming stretch of Muddy Creek shortly before it joins the Fremont River to become the Dirty Devil. 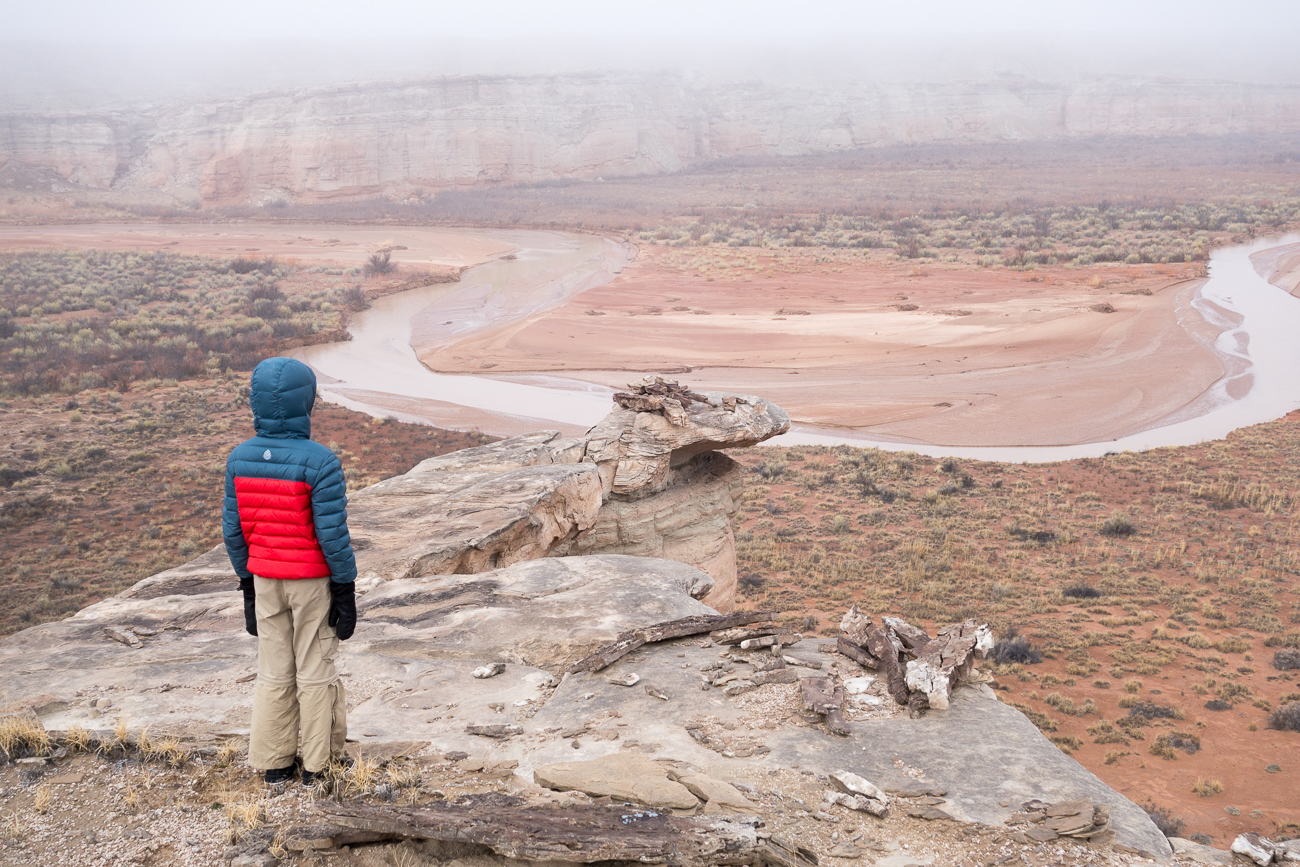 Later it cleared up and we explored the San Rafael Desert. This track didn’t seem to have seen much traffic over the winter. 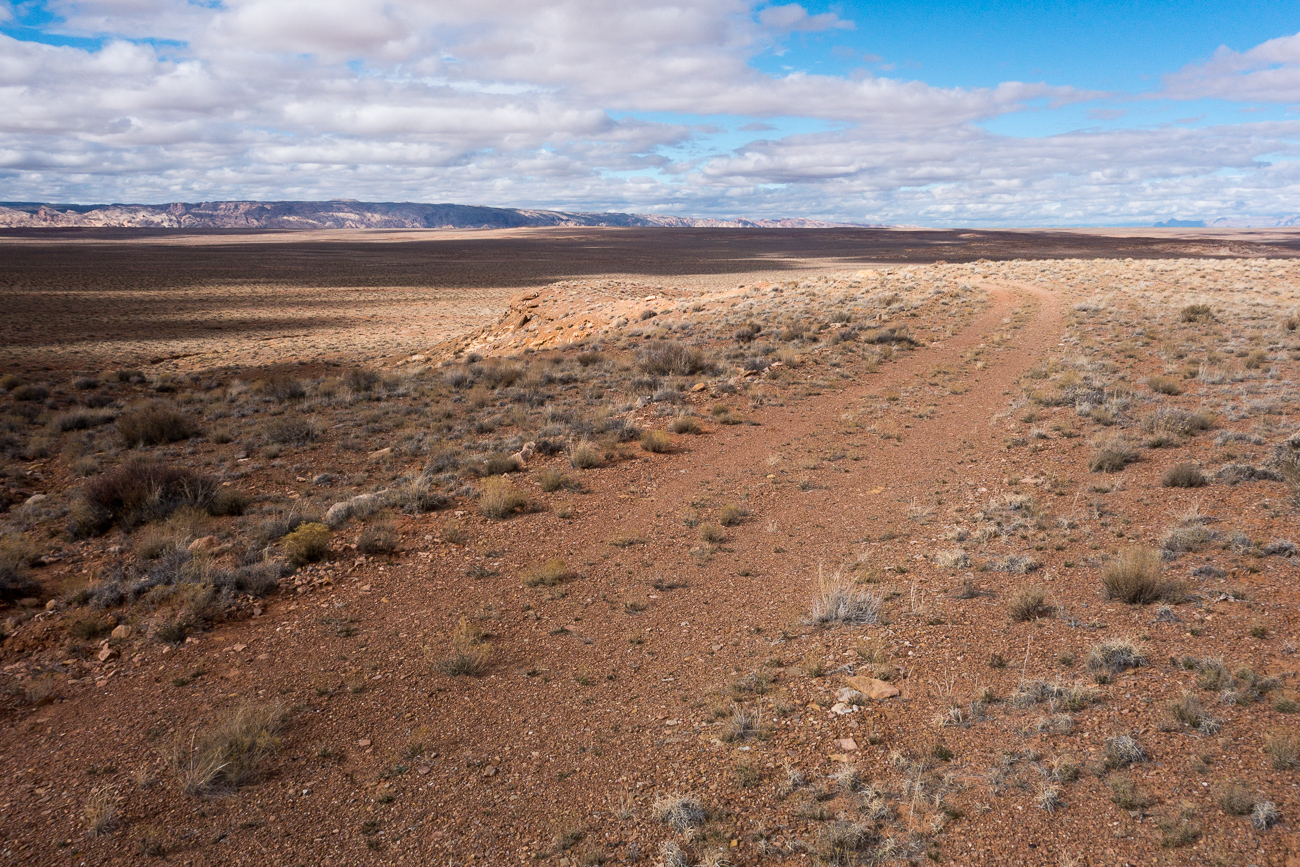 In a nearby canyon I found a grinding stone that someone had stashed between 700 and a few thousand years ago. 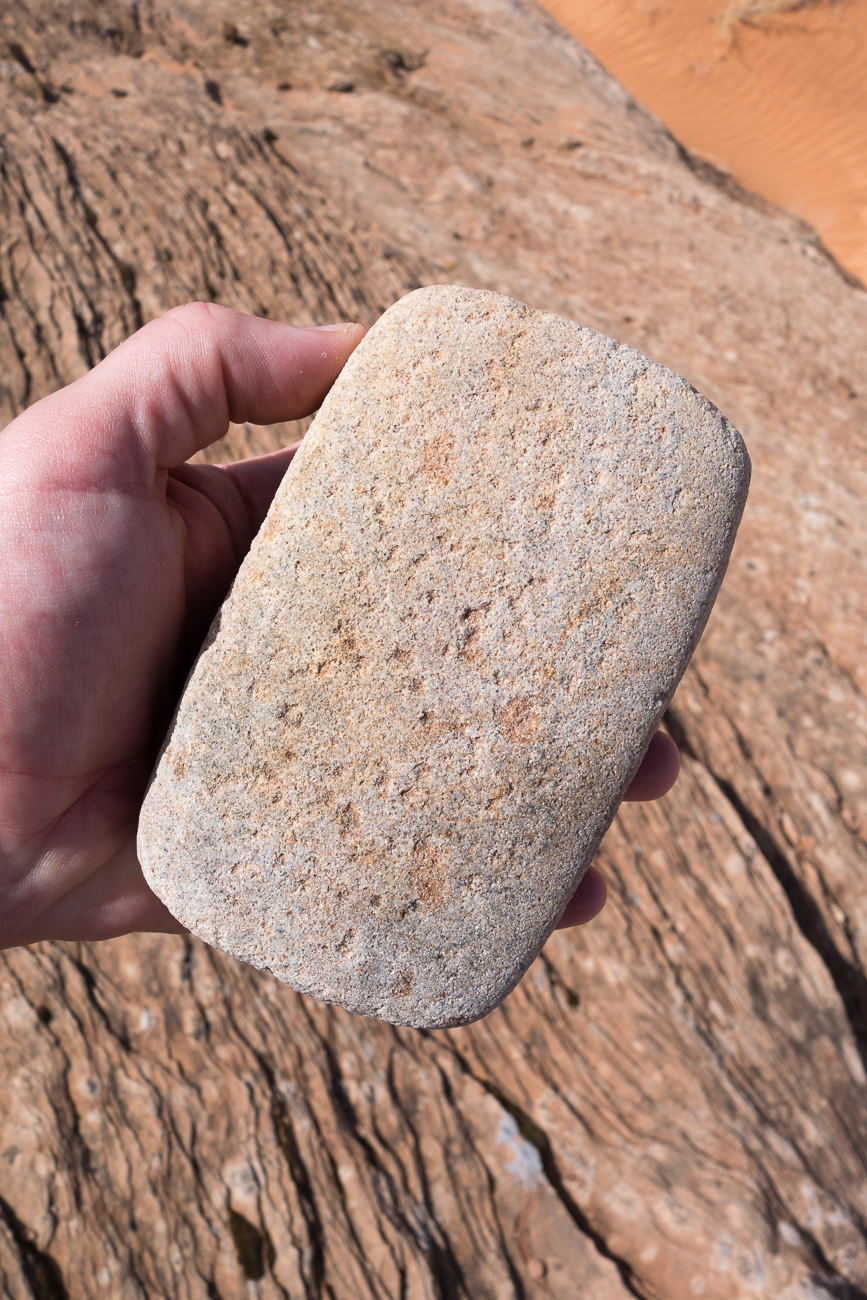 Later in spring it turned out my kids’ school vacations were misaligned so instead of getting out into the desert as a family I took each kid individually on a short trip. Here we’re partway up a trail that was used in the first half of the 20th century to give sheep access to a remote mesa top. 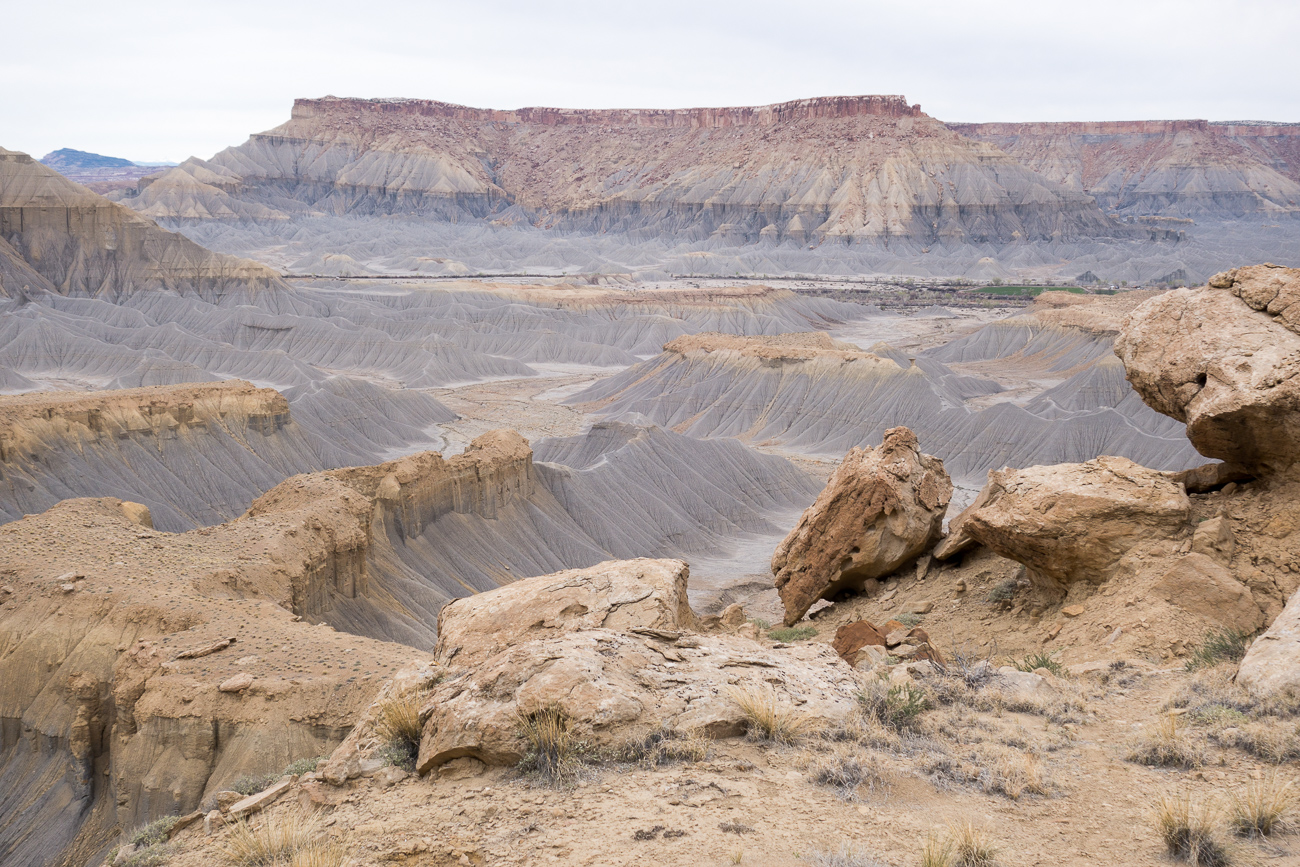 The weather was imperfect but showy; here the Henry Mountains, the last part of the lower 48 to be mapped and explored, are getting stormed on. I feel like deserts are supposed to be dry but it seems like we get rained on on almost every trip. 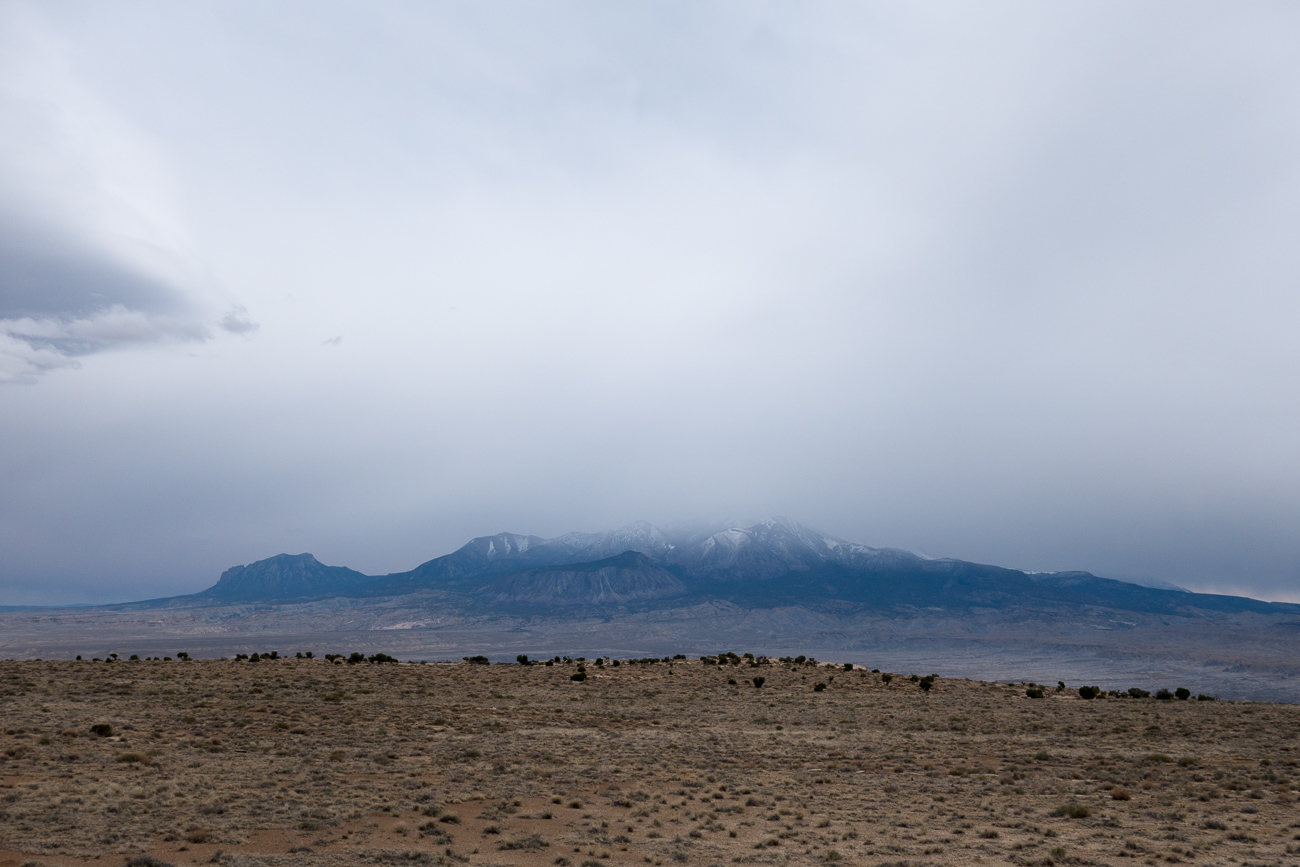 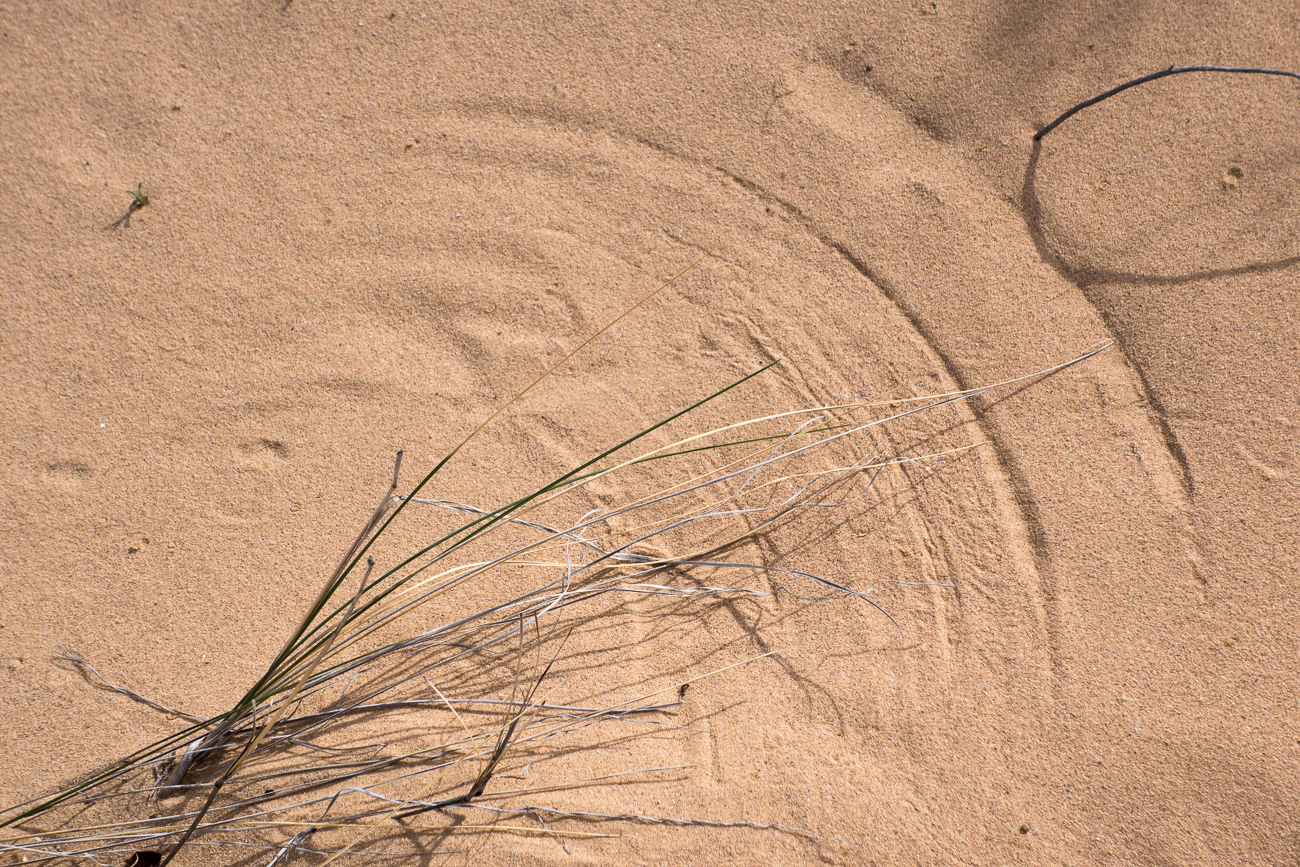 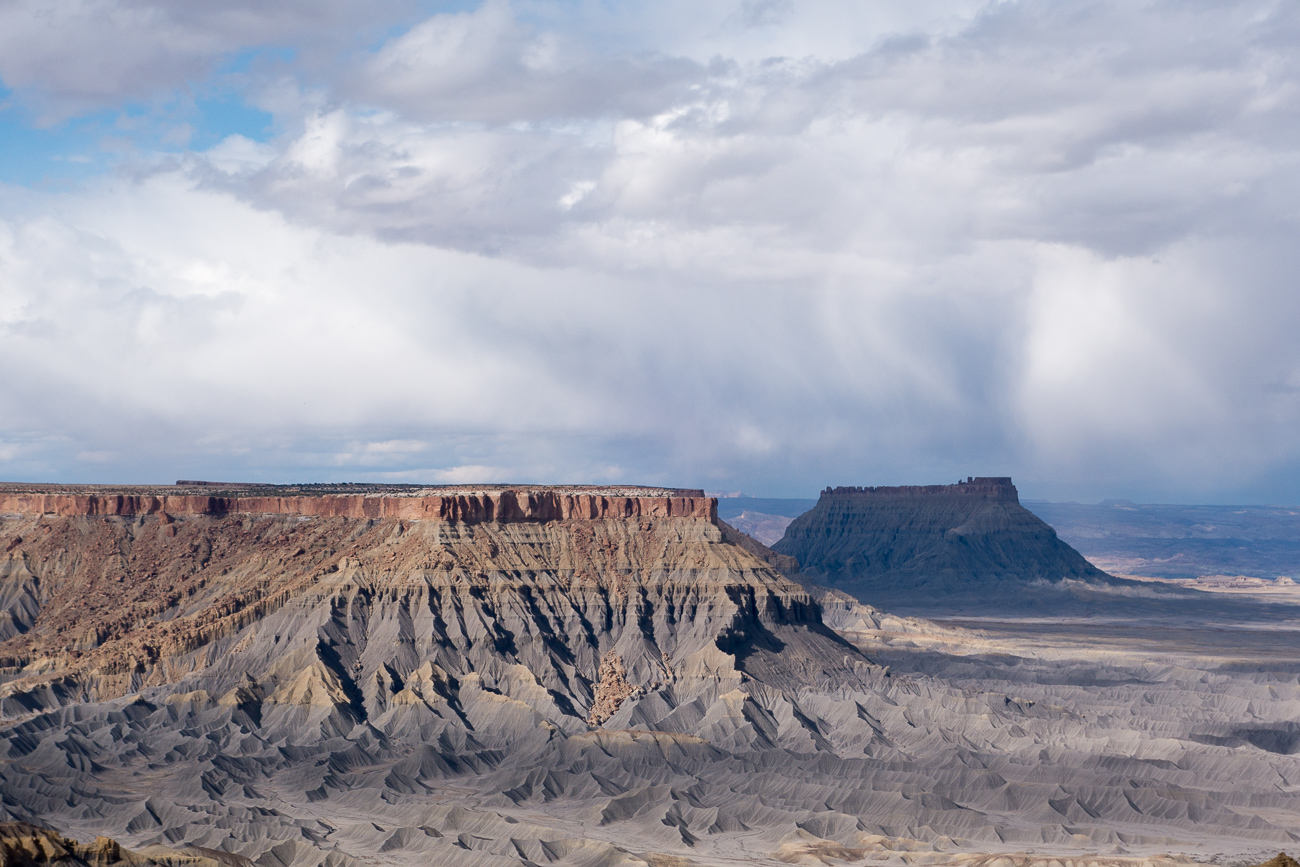 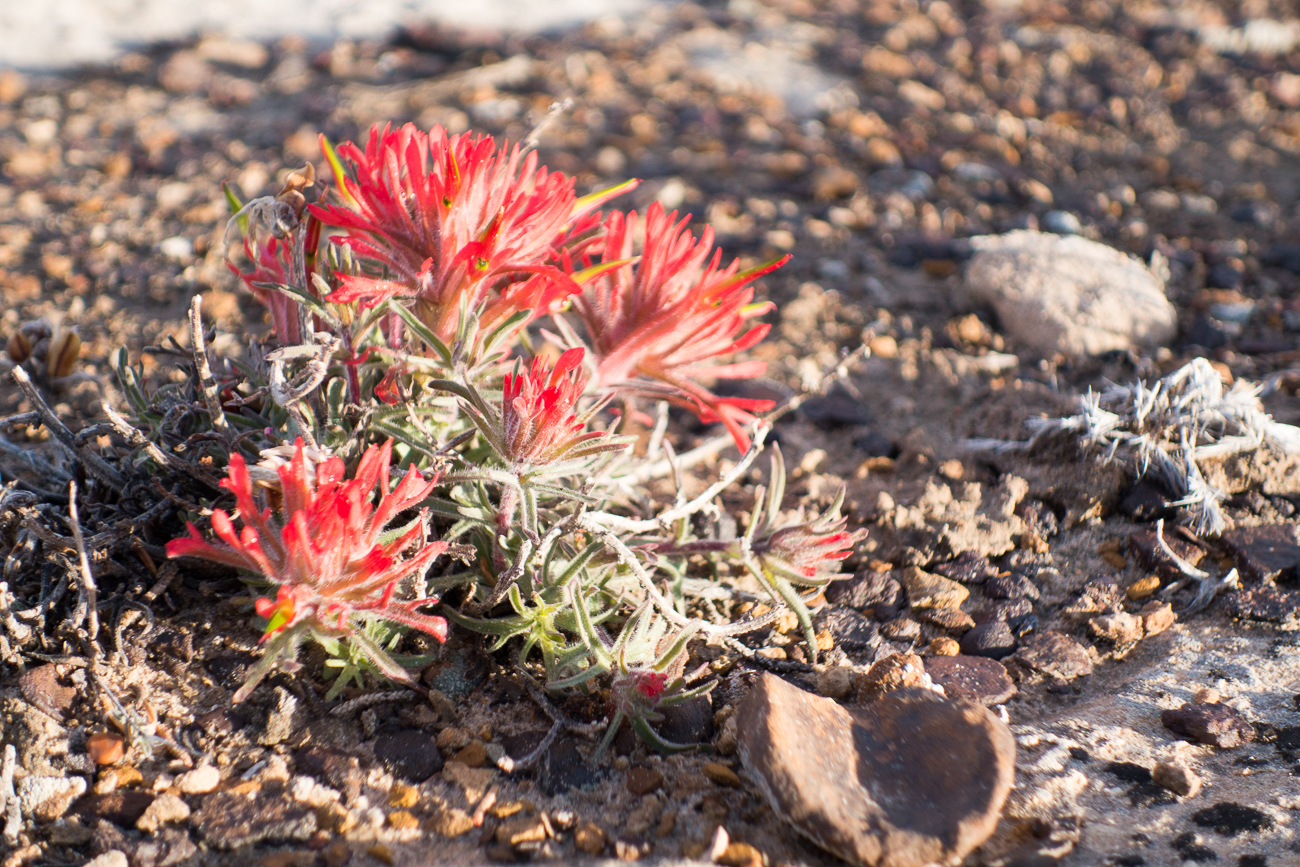 This is the kind of photograph you only seem to get when you’re soaked from one rain storm and another is approaching. We had gotten the tent up during the first shower, so were mostly dry and happy. I accidentally grabbed a one-person tent for this trip so the ten year old and I had a pretty cozy night. 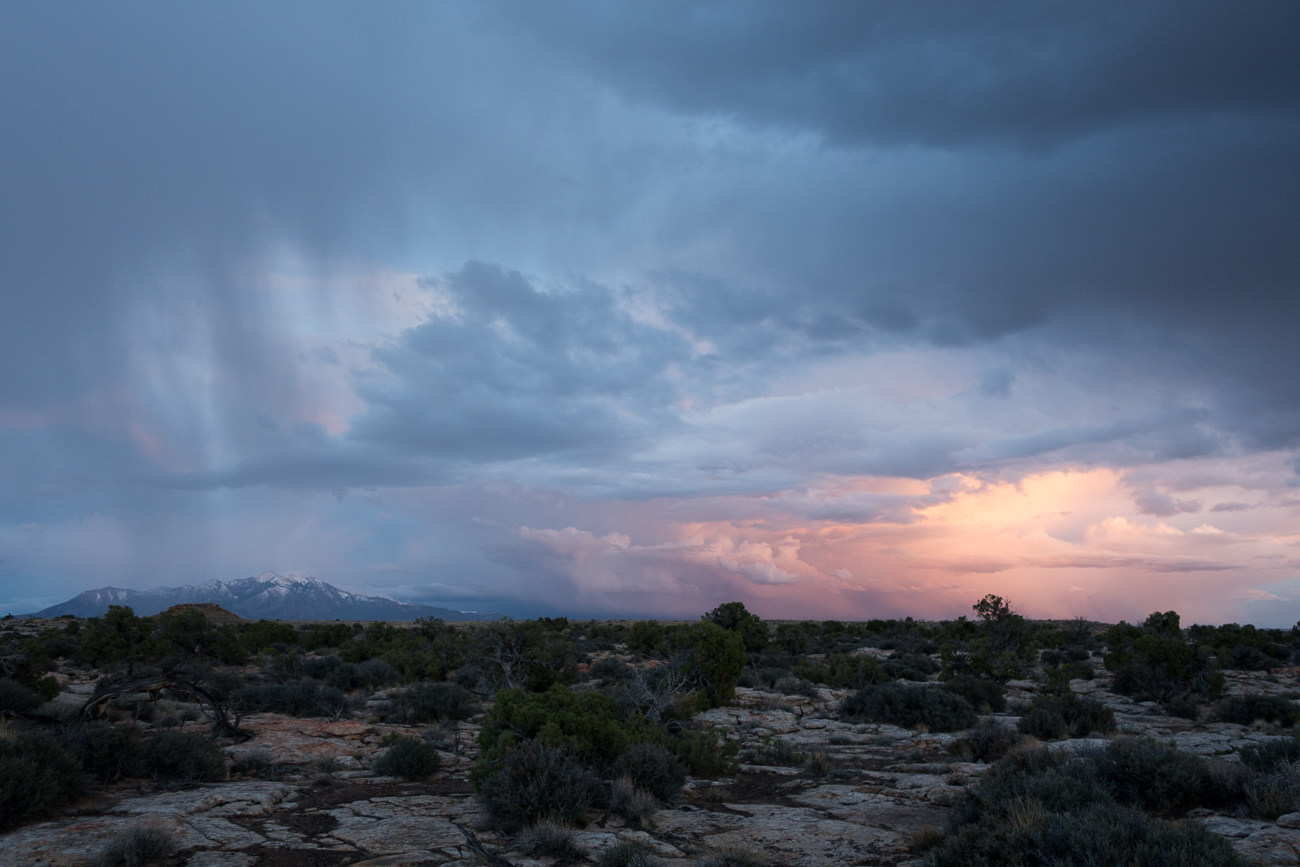 During his break, my older son and I explored some areas around Escalante, UT. This Anasazi granary under an arch is something I’d been wanting to see for a long time, but had previously been thwarted by logistical problems such as a long, rugged drive. 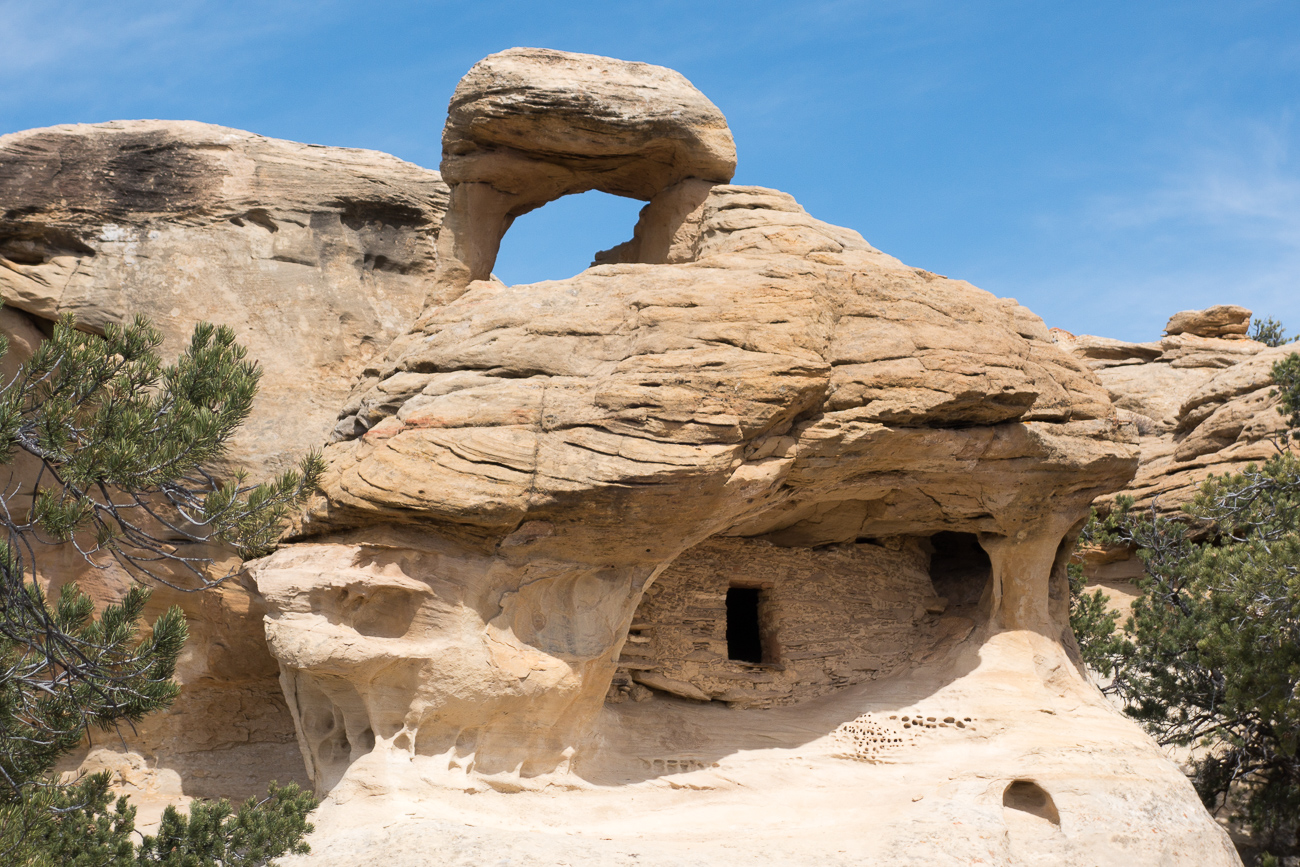 The masonry is in about as good condition as any I’ve seen, and notice the sticks at the top of the opening. 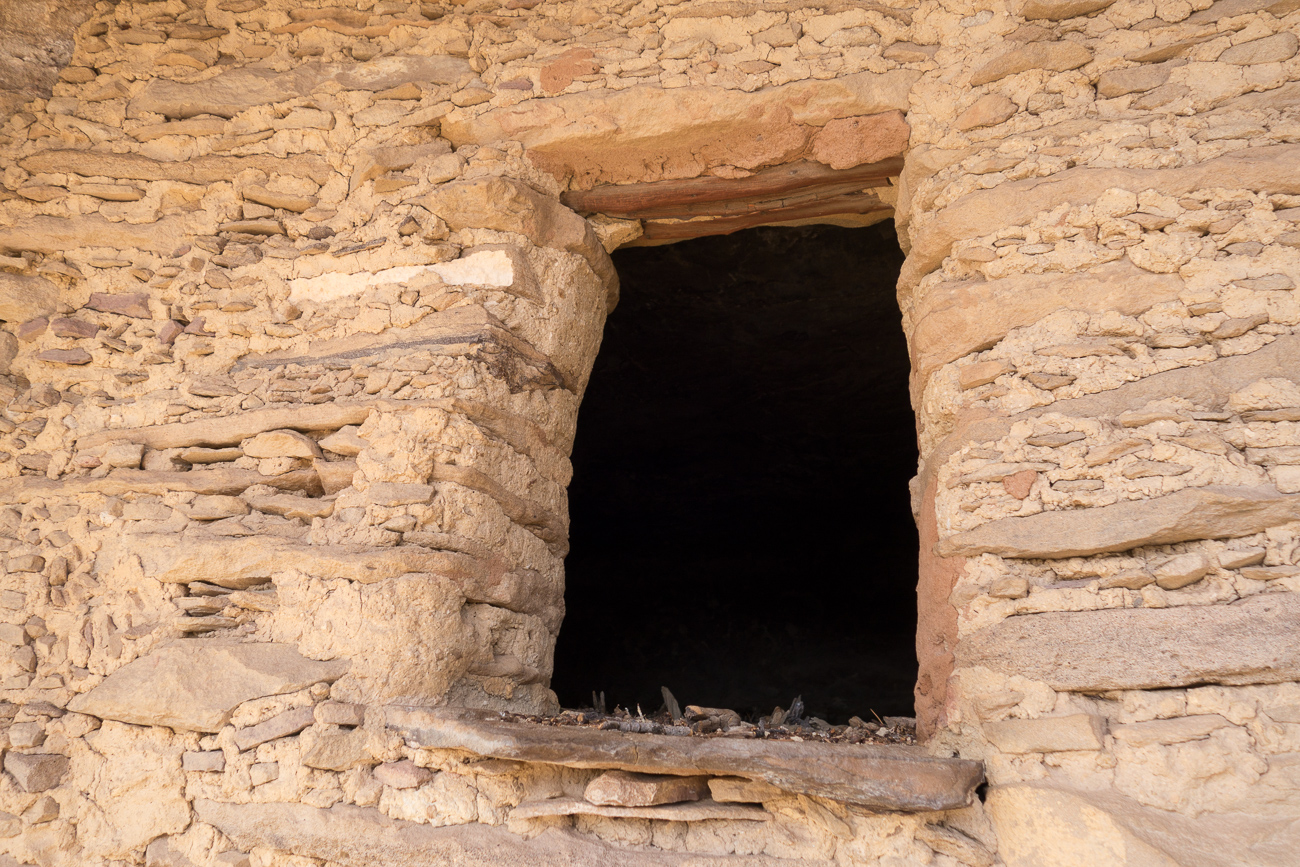 We also ran across some less well-preserved granaries. 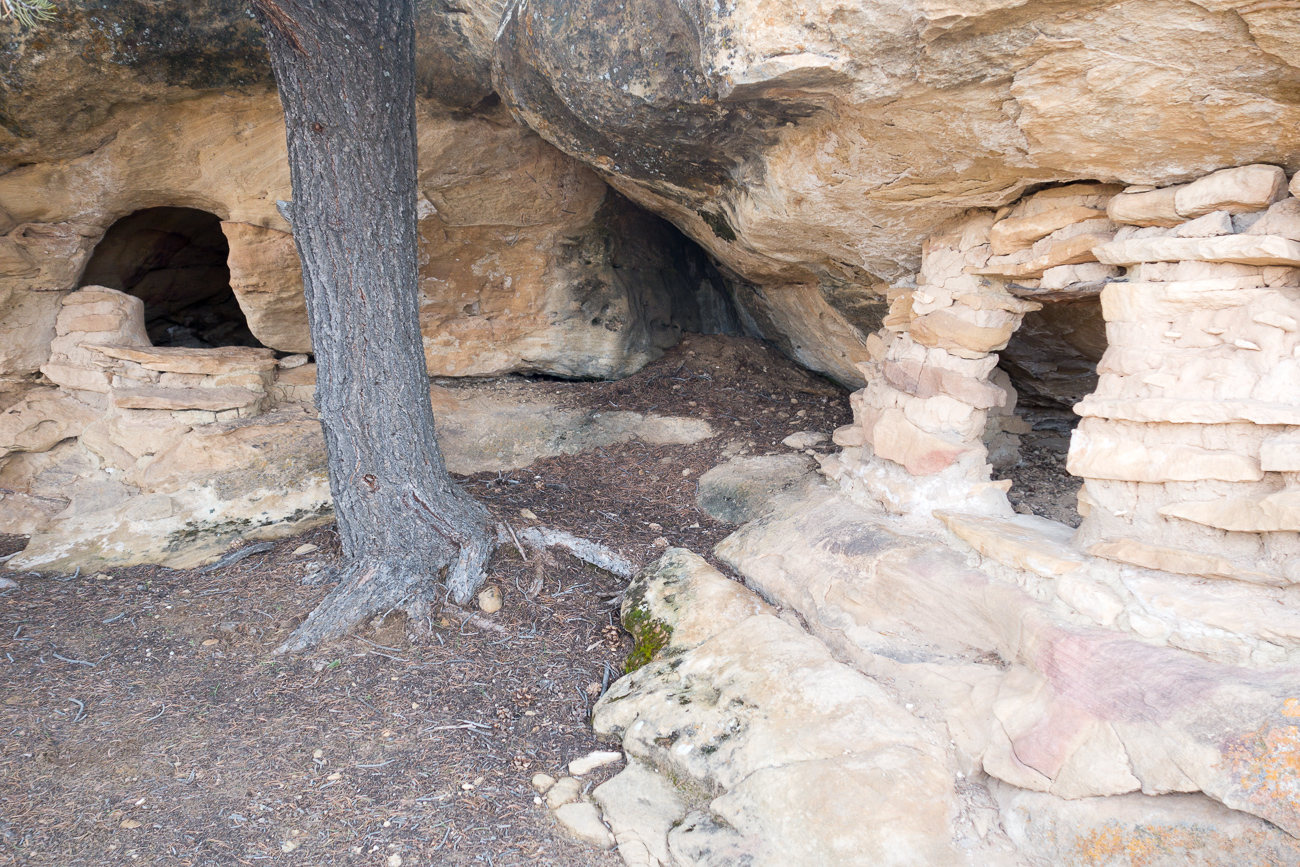 I always wonder about the circumstances that lead to this kind of thing being abandoned, perhaps it broke inside an animal or when it hit the ground after a miss? Often you find broken arrowheads along with chippings indicating a site where people sat and worked, but this point was all by itself. 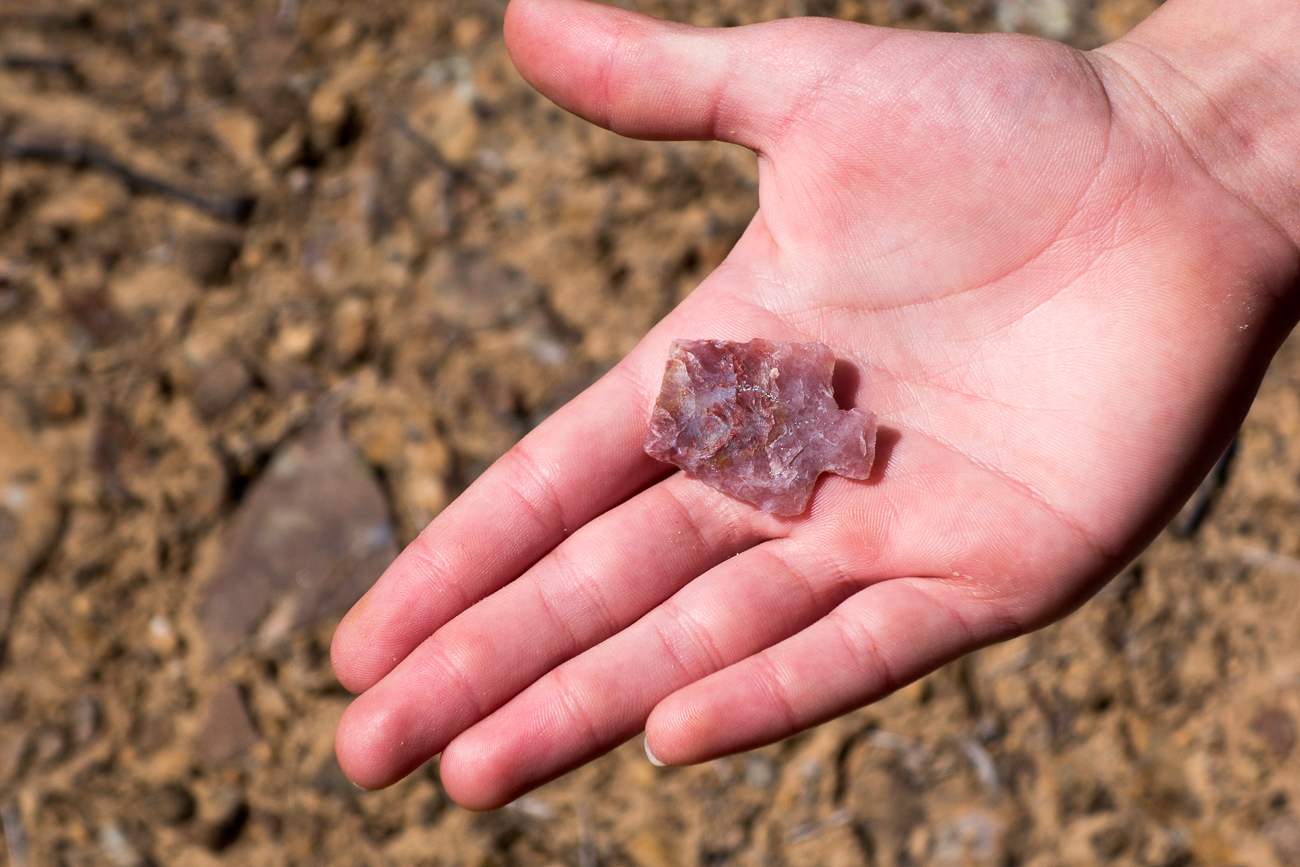 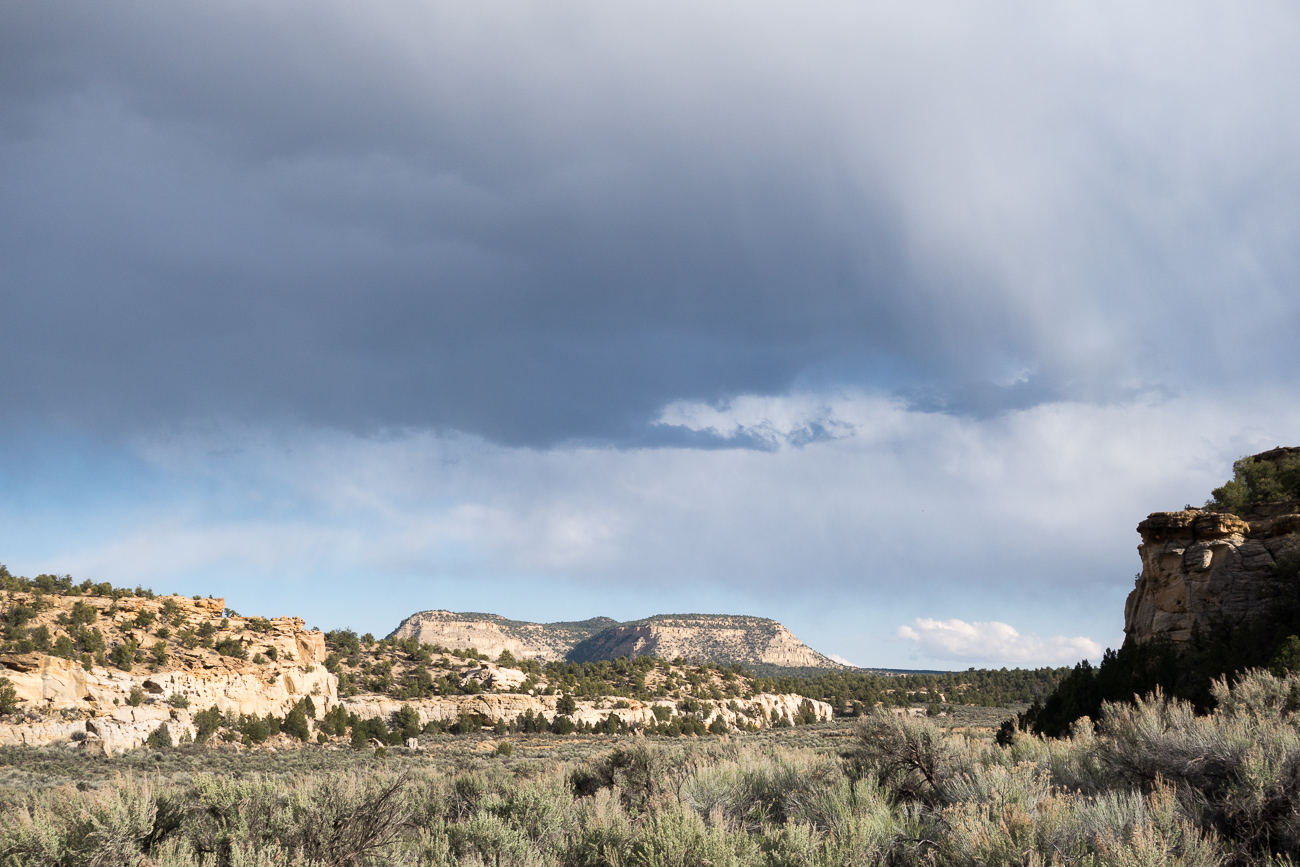 The next day we visited the Red Breaks canyon system, which has some spectacular slots filled with nice sandstone and small climbing problems. Not shown: climbing problems and freezing, waist-deep water. 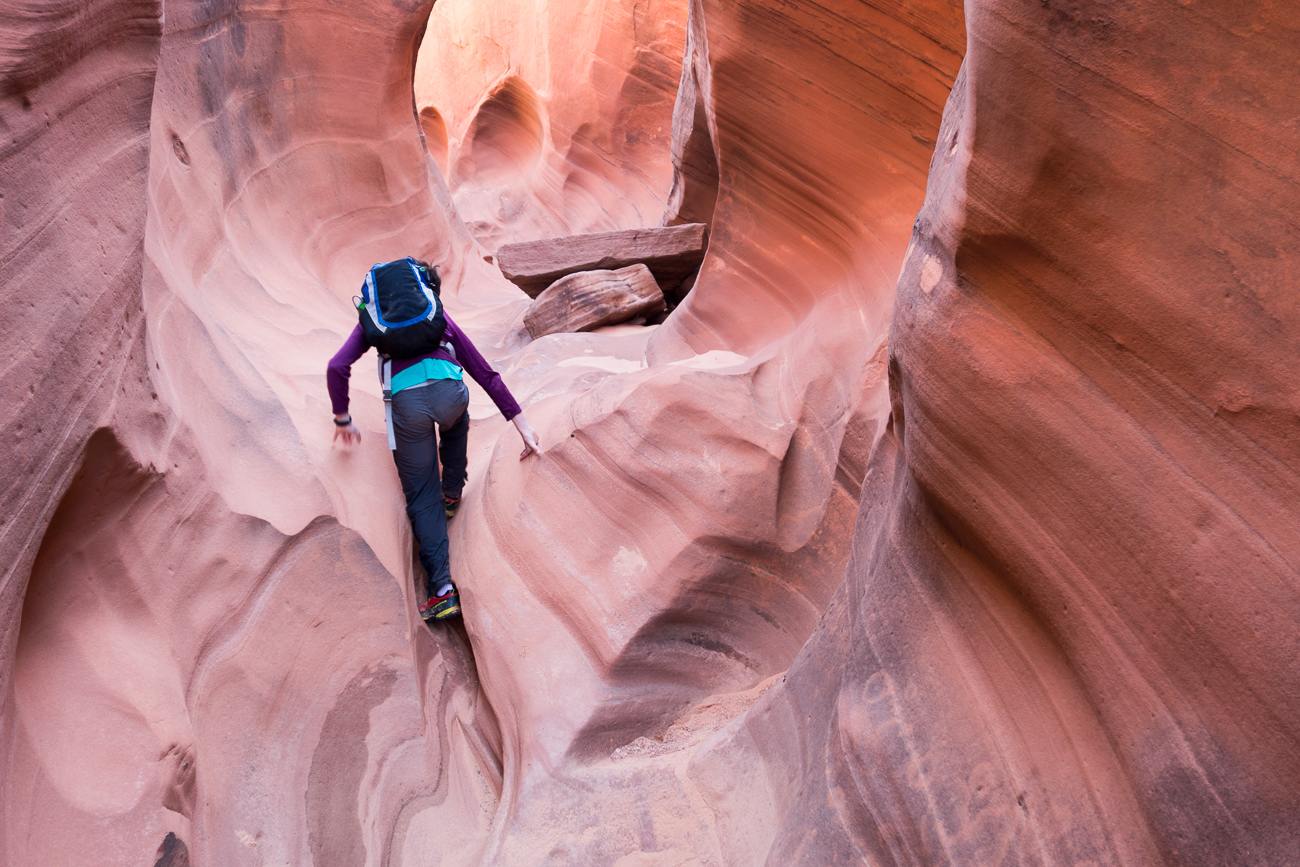 A bizarre landform in the Red Breaks area that is often called the Escalante Volcano (though it is not, as far as I know, of volcanic origin). It’s hard to tell from this photo but this thing is enormous; the sandstone dome in the center of the “volcano” is about 80 feet tall. 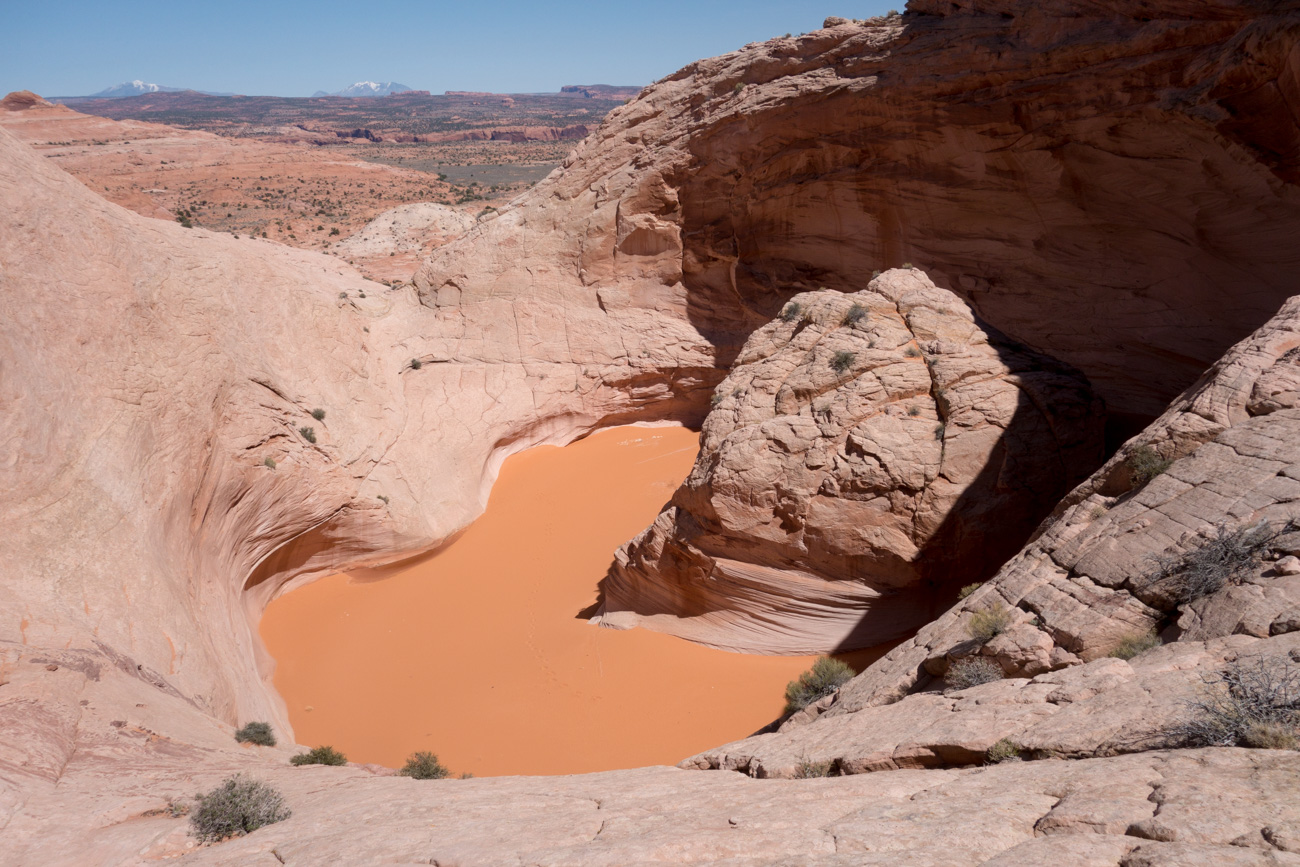 A neat area of petrified logs in Egg Canyon off the Burr Trail near Boulder, UT. 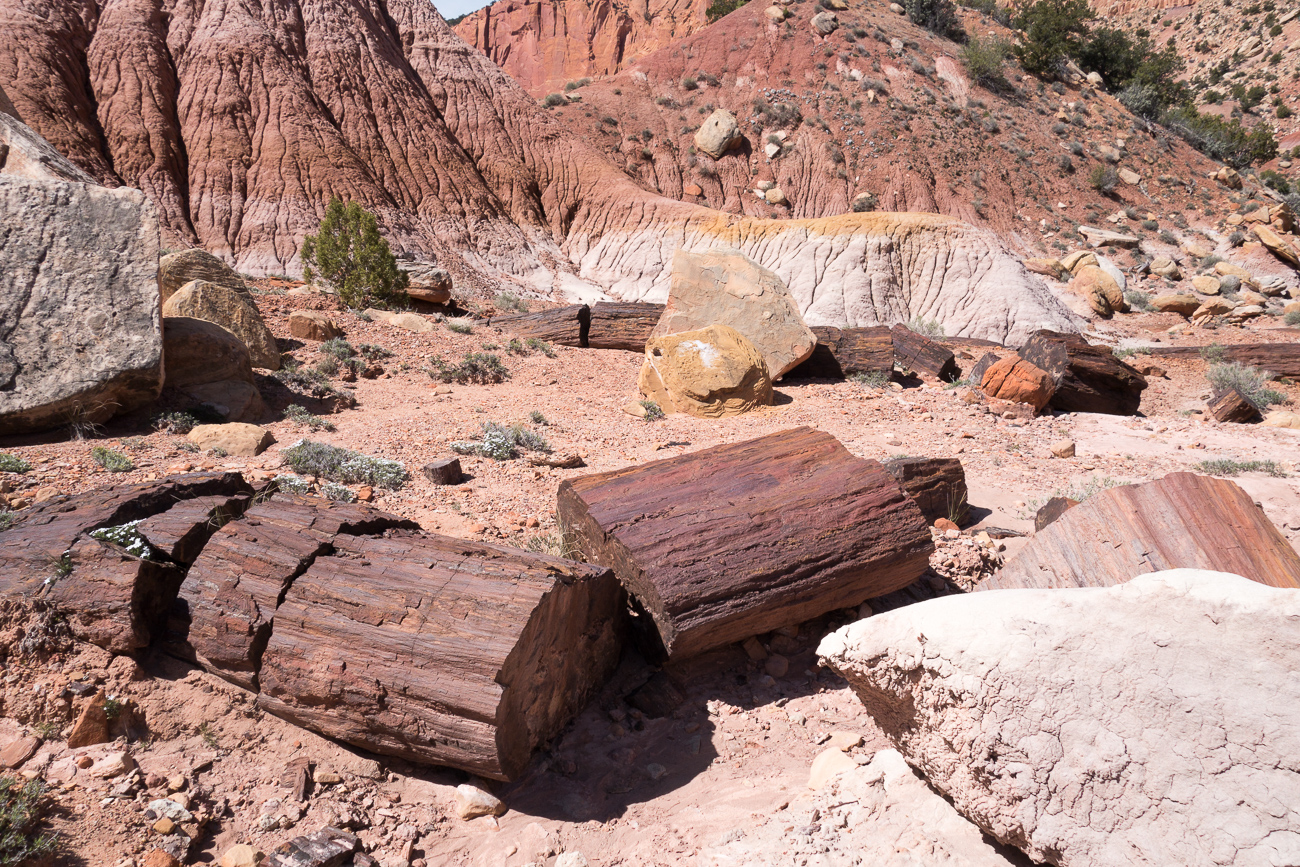 Some of the logs bridged the waterway. 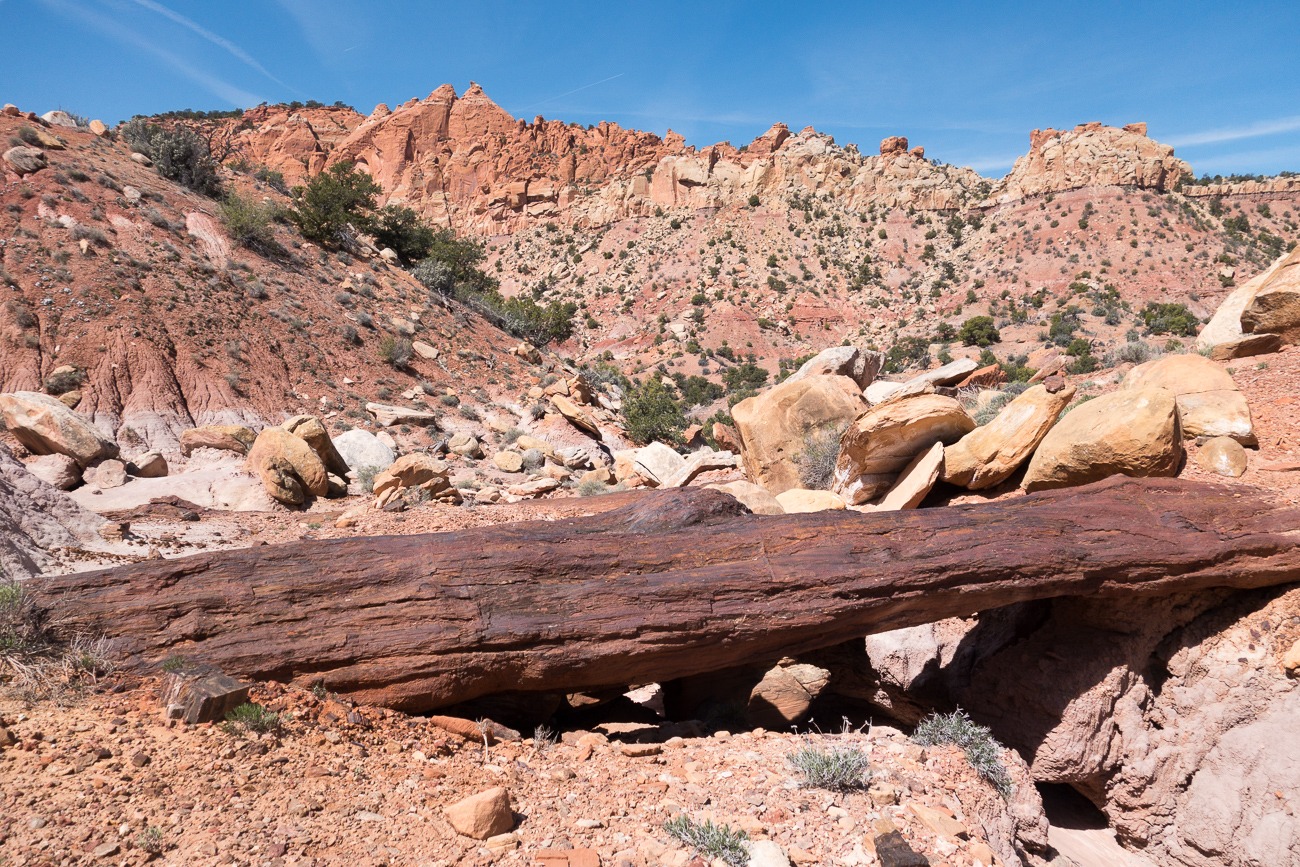 I hope everyone else had a nice spring too!