A few weeks ago, Matthew Flatt and I took a short road trip to the area west of the Great Salt Lake. We arrived at the Bonneville Salt Flats before dawn. 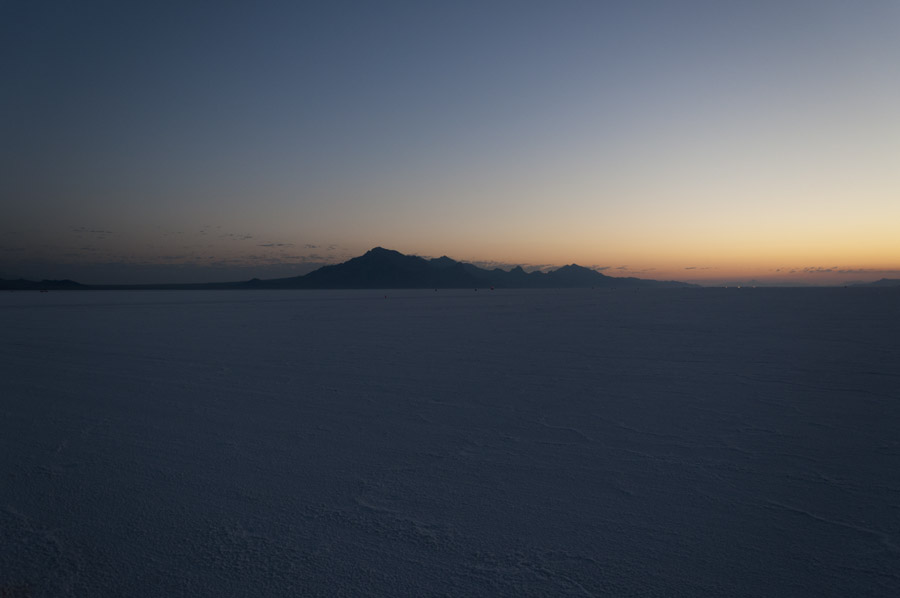 Unexpectedly, there were plenty of people out on the playa; it turned out to be “Speed Week” where drivers from all over the world show up to test out really fast vehicles. You can see some of their infrastructure here. 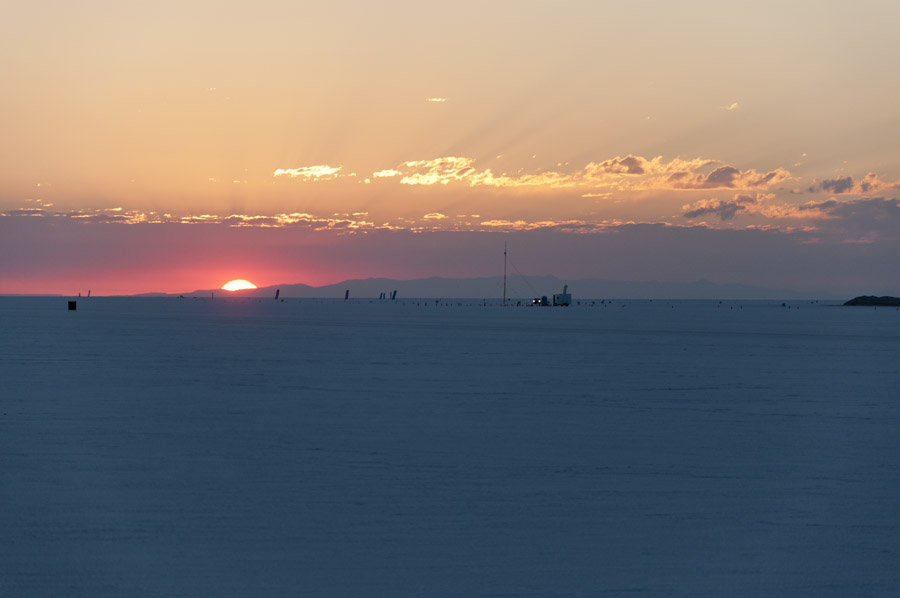 Since we had accidentally parked near where the vehicles were starting their speed runs, we watched for a while. People were driving a surprisingly wide variety of vehicles: street-legal motorcycles, 1920s roadsters, cars that looked completely home-made out of sheet metal, extremely fast race cars with parachutes — all sharing the same track. These vehicles were very loud, could barely idle, and were generally incapable of starting from a stop; several needed to be pushed to about 50 MPH before their engines could engage, at which point they roared away. This early in the morning there were very few spectators. 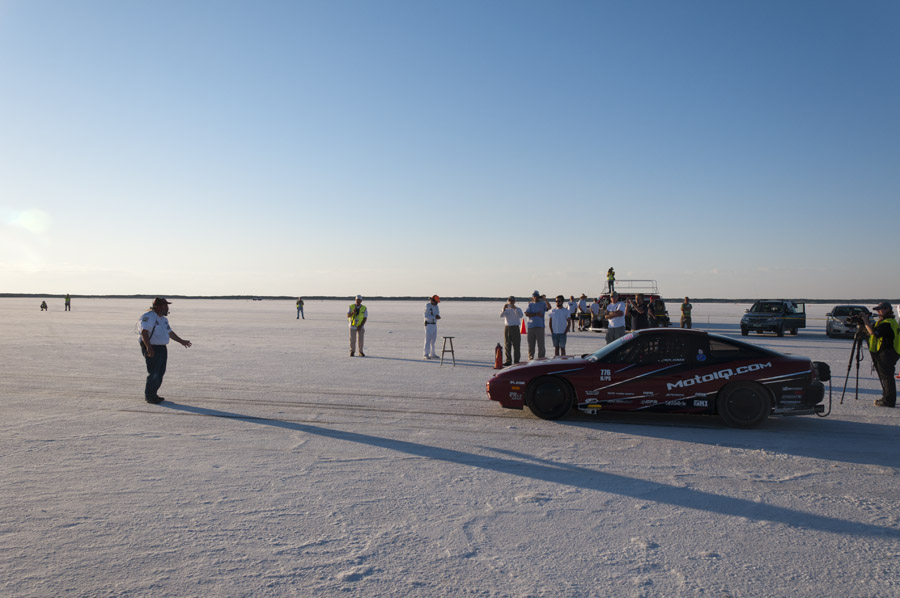 My new obsession is doing a long bike ride across the salt flats.

Next we had 50 miles of driving on dirt roads on a low bench between the salt flats and a small mountain range. 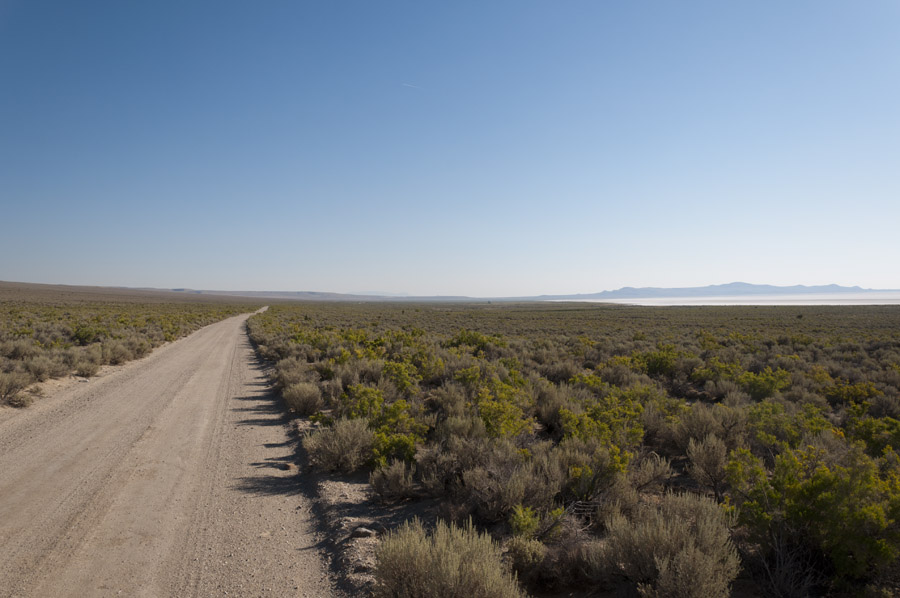 This is a seriously remote area and we didn’t see any other vehicles. Our destination was the Sun Tunnels near the ghost town of Lucin, Utah. 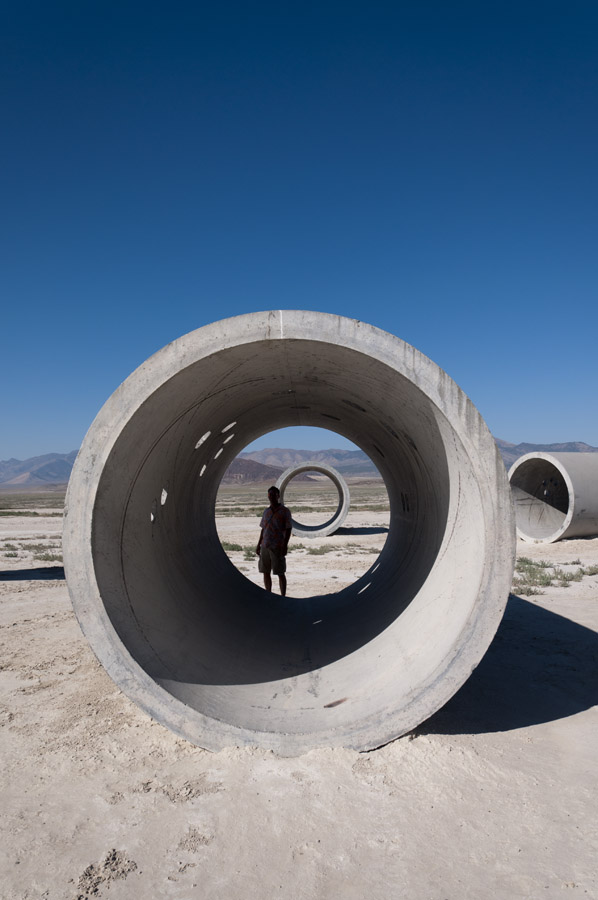 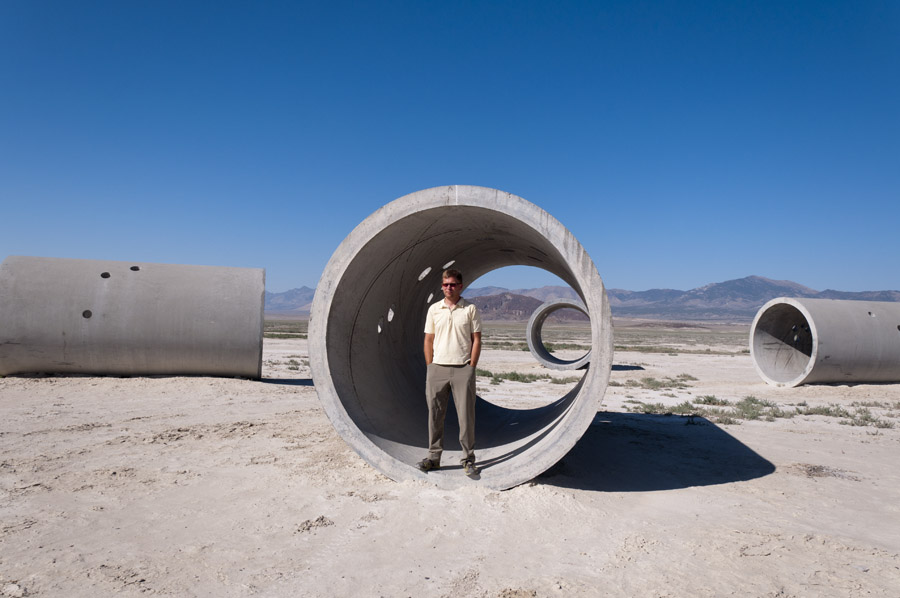 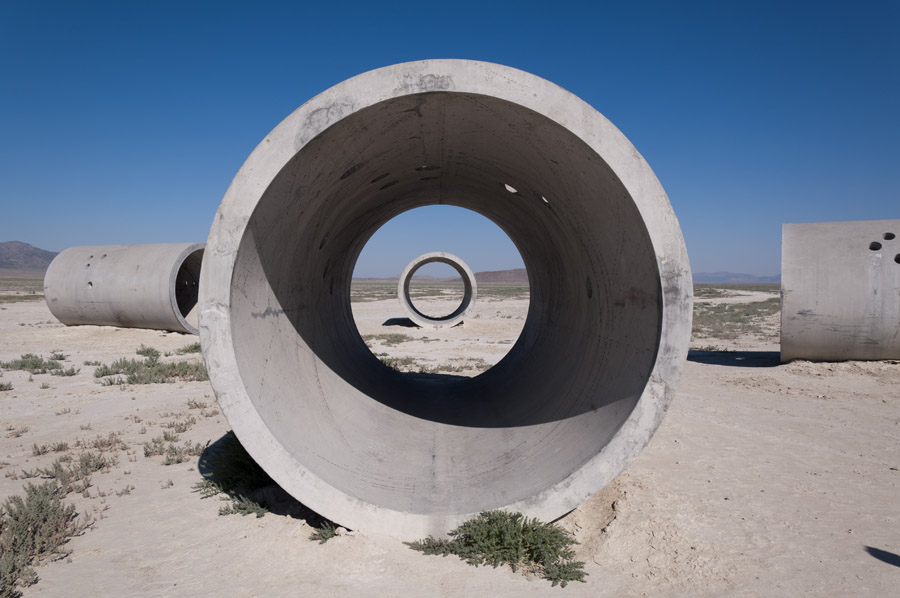 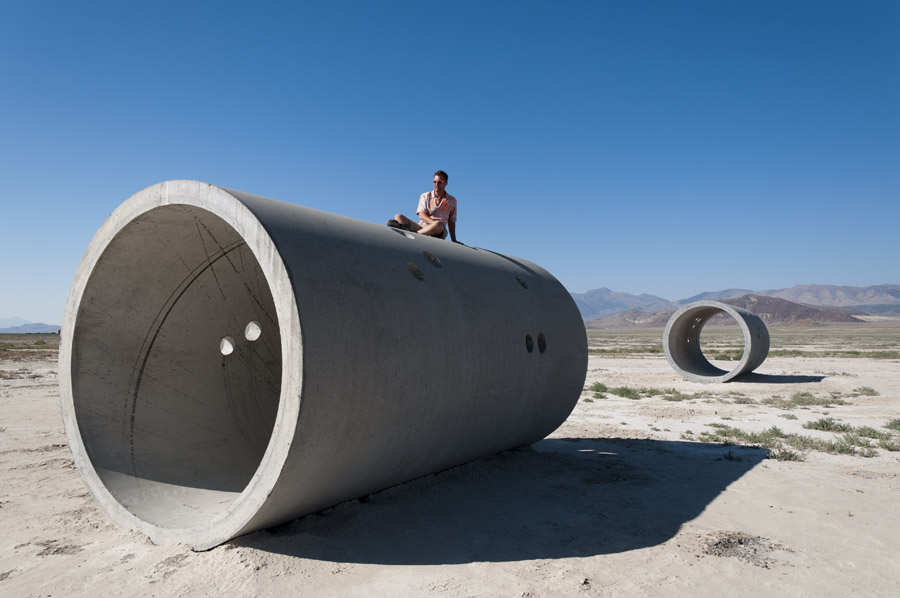 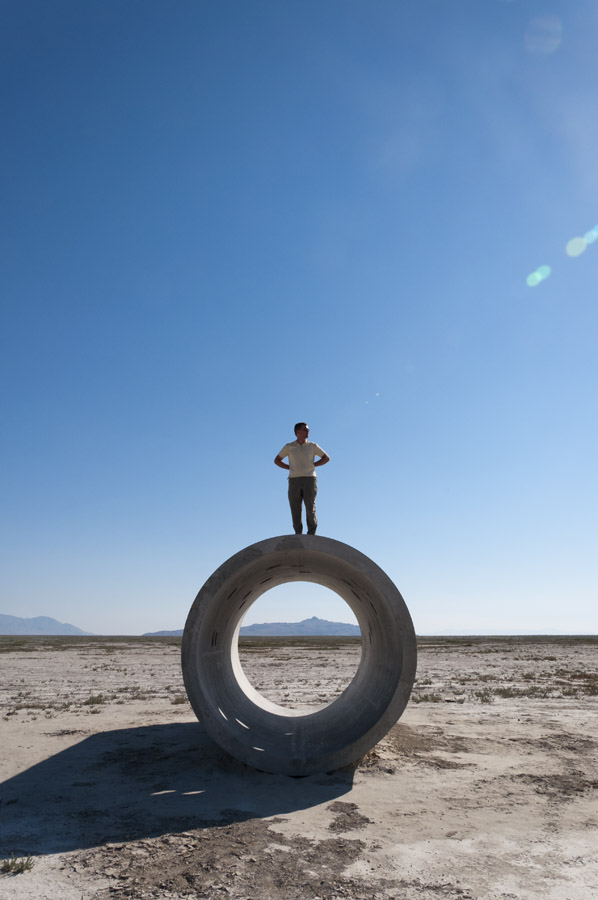 We had an early lunch in the shade of one of the tunnels and then headed home. On the way back I wanted to look for the obscure “Red Man” pictograph in Timpie Valley at the northern end of the Stansbury mountain range. We spent quite a long time hiking up and down steep hillsides in 95 degree heat, looking for caves; we were about to give up when Matthew spotted the right one. 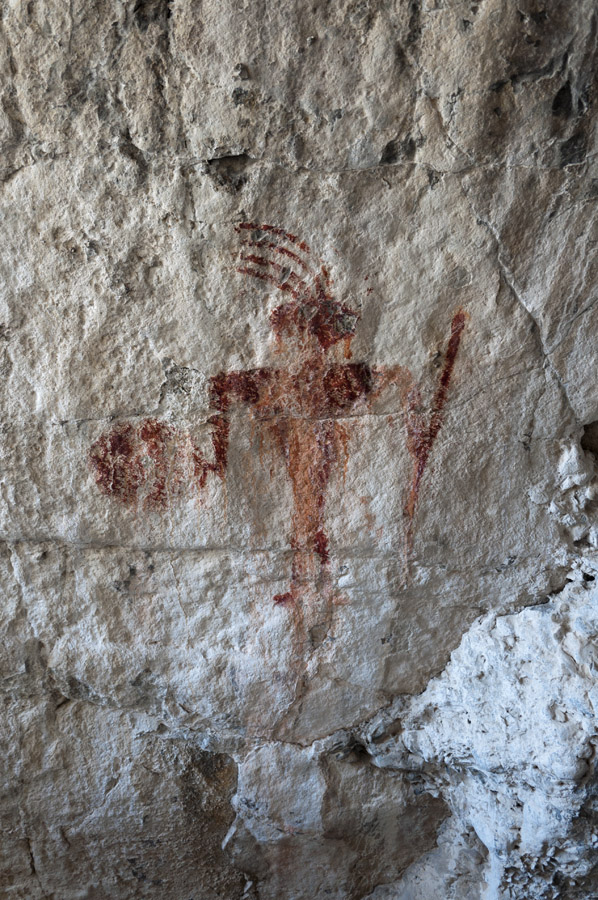 This shot shows the scale; I do not know of any similar pictographs in this part of Utah. 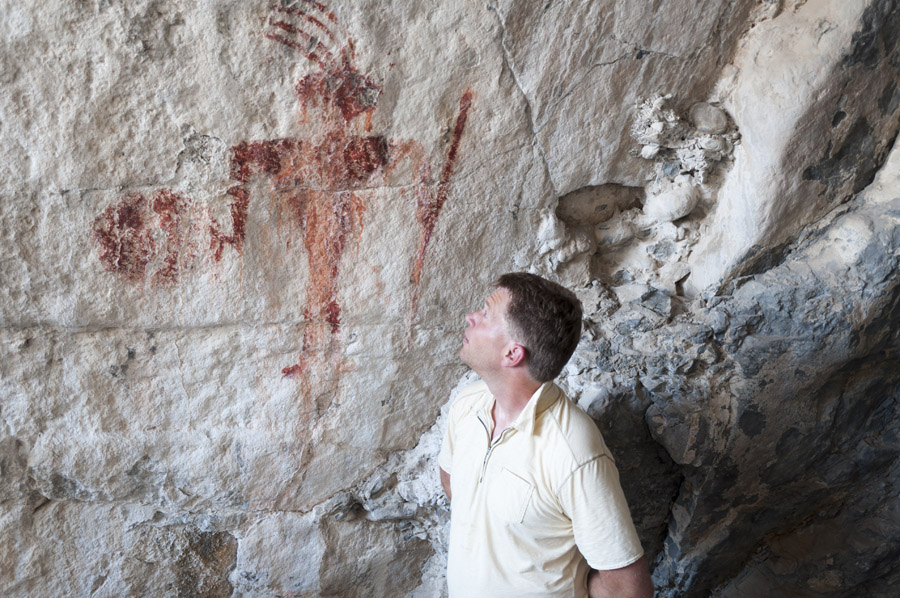 Overall it was good to do a bit of traveling before classes got going.