In the early 2000s, decent digital cameras were new and I was obsessed with stitching photos into panoramas. At the time the software sucked and doing a good job was a lot of work. However, I assembled plenty of them and figured out how to get them printed and my house is somewhat littered with panos. In 2013, stitching a good panorama using Photoshop is more or less trivial and paradoxically I’ve largely lost interest. Even so, a recent trip to canyon country resulted in so many good views that I assembled some panoramas for your enjoyment. I’ll just note in passing (now that Utah’s national parks have re-opened, though the government is still shut down) that all of these views are from locations many miles from any kind of park. One of these is from a state highway; the others required more or less serious hikes. If any of my 4400 students are reading this, I hope you will appreciate that I based this trip out of a motel instead of camping so I could respond to your questions at night.

From the top of South Caineville Mesa: 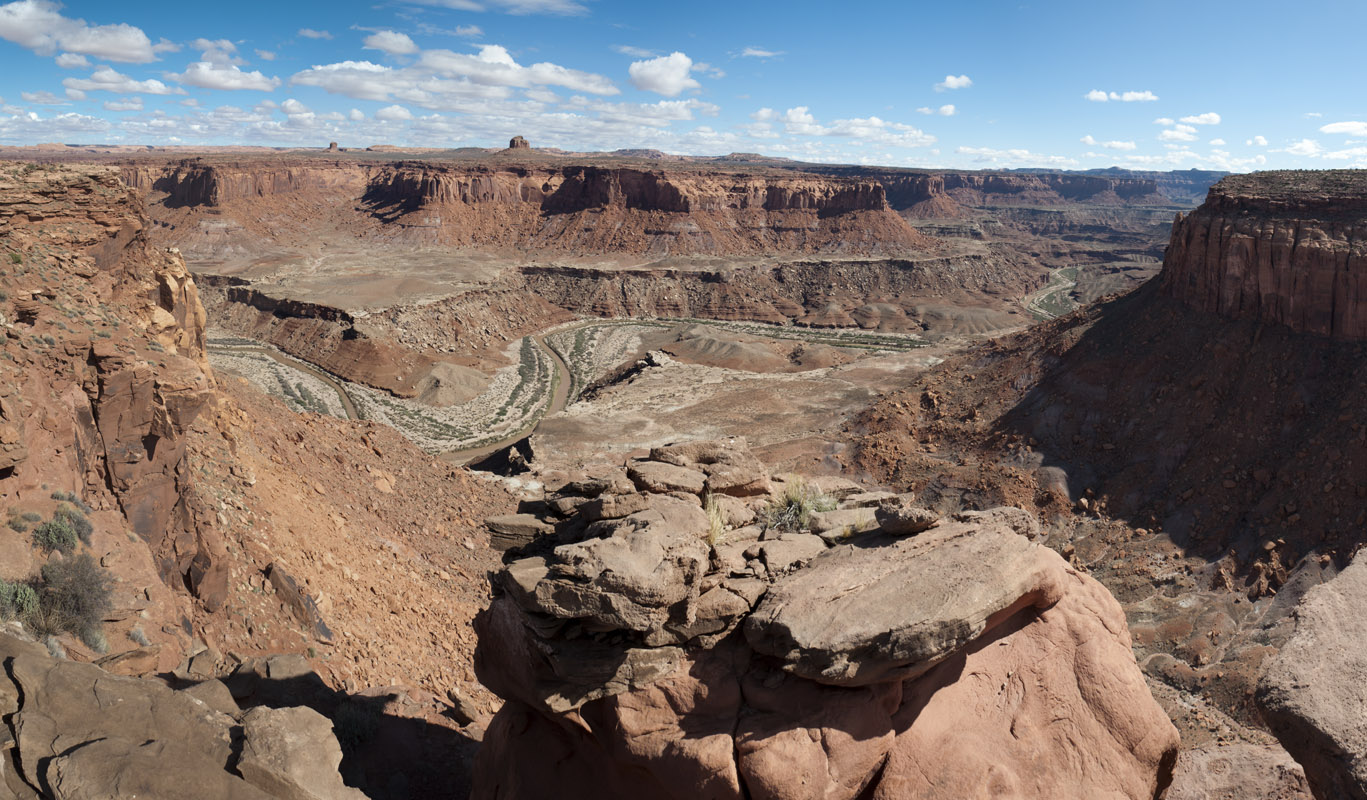 Towards the San Rafael Reef from Highway 24:

Looking down on the Mexican Mountain area of the San Rafael Swell:

Partway up a hike to the top of the San Rafael Reef:

One response to “A Few Panoramas”