Due to my 8-year-old’s obsession with Minecraft, the abandoned mineshafts found in the game are an everyday topic of discussion around the house. He is saving up to buy a pickaxe — no joke. Since we needed a day trip for the long weekend, I thought we’d visit some actual mines in the Silver Island Mountains near the Utah-Nevada border. We followed an old road most of the way up a minor mountain and found the remains of either a processing facility or living quarters, and several mine shafts higher up. One of these apparently goes all the way through the mountain but we didn’t do much more than poke our heads in, since it was difficult to gauge how dangerous it was. This area was mined from the 1870s through the 1930s. Since the pathway connecting the mine shafts with the highest vehicle access was too narrow and steep for vehicles, we were forced to assume that ore was transported downhill using some combination of human and animal power — the level of physical effort implied here seemed to be lost on the 8-year-old, who wants a pickaxe more than ever. We saw a pair of pronghorn antelope — but failed to get decent pictures. 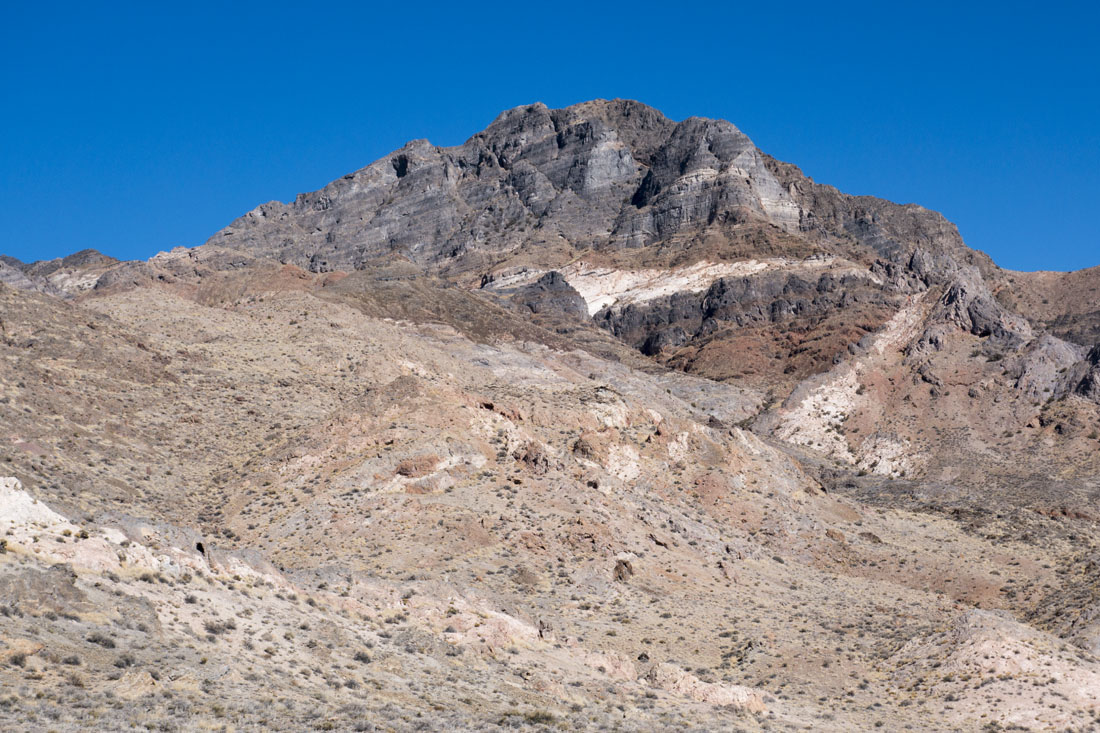 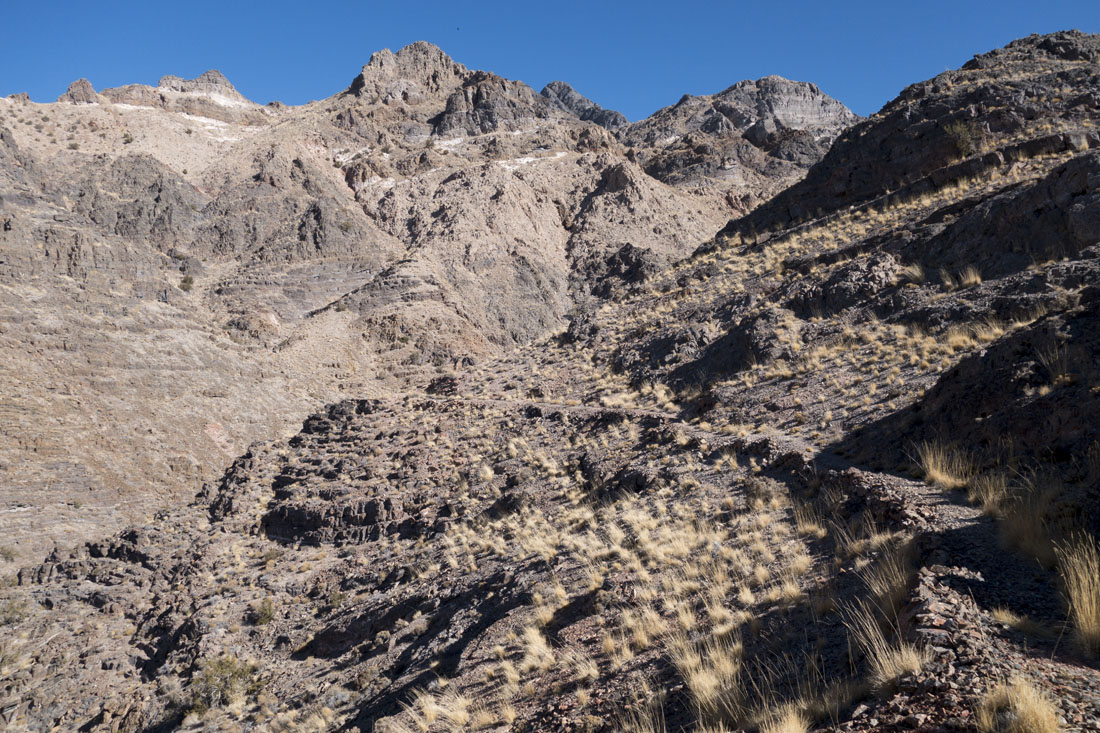 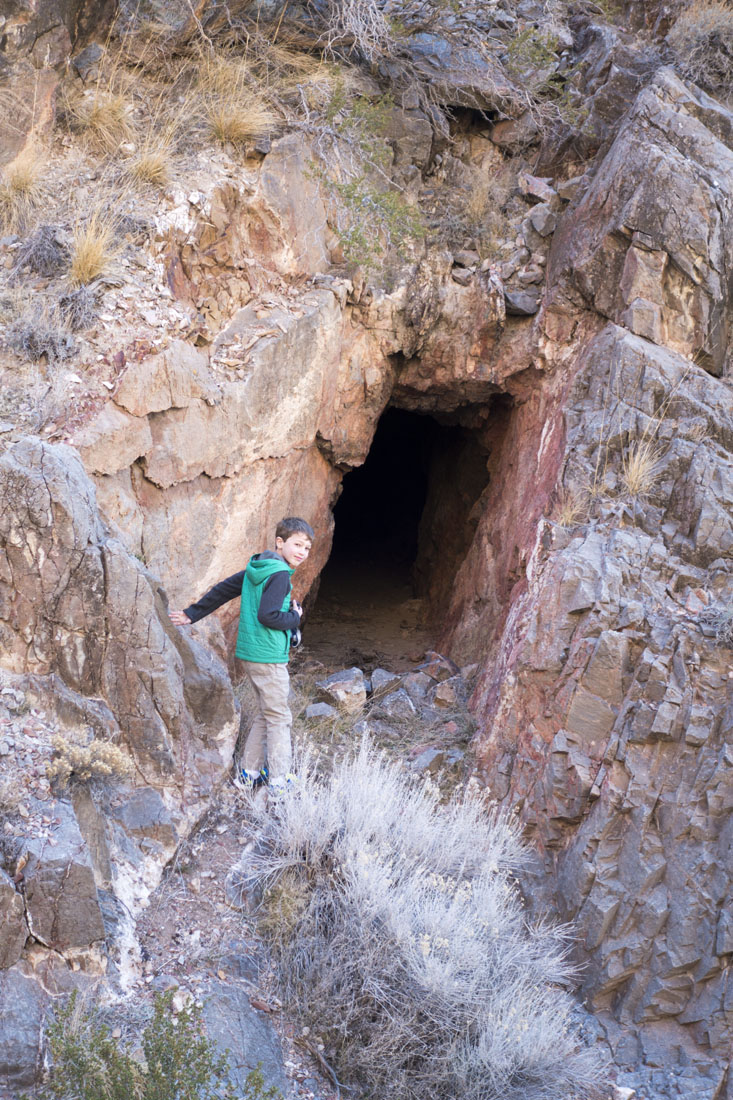 Another one, with some nice copper ore right at the entrance: 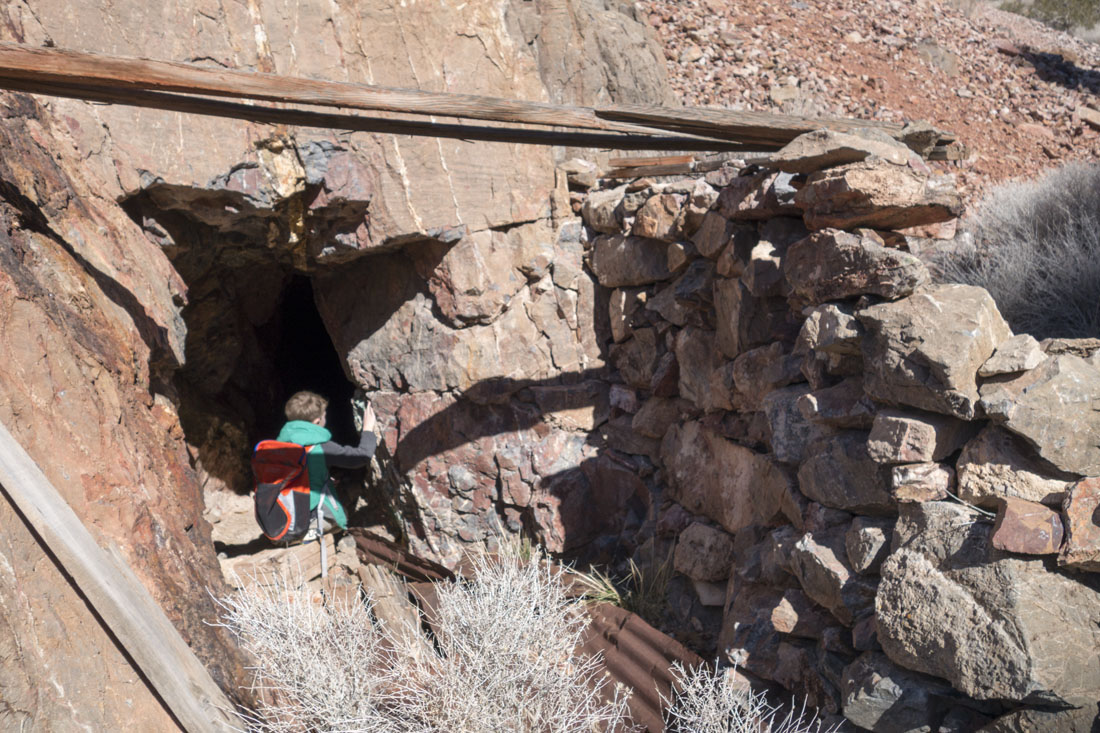 And a lot of nothing in the distance: 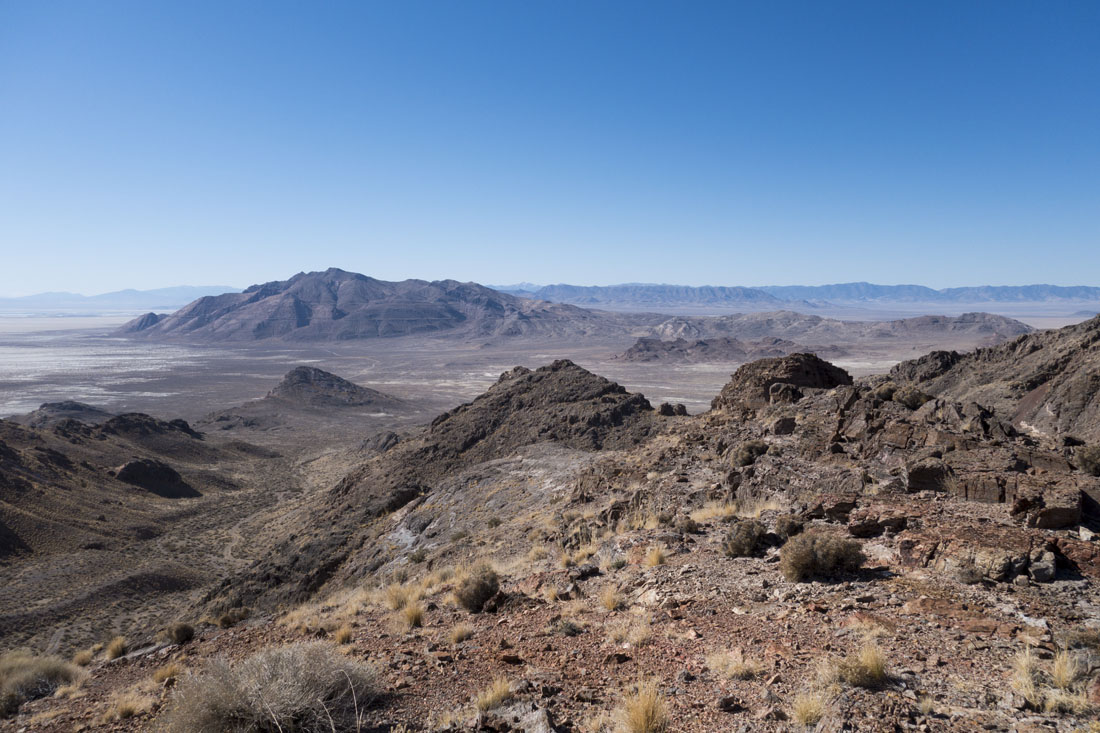