Ever since learning that the space shuttle booster motors were manufactured and tested at ATK in Promontory Utah — not too far from where I live — I wanted to see one of the tests. I didn’t manage to do that before the shuttle program was shut down, but today I got to see something better: a test of an SLS booster, which is about 25% more powerful than an STS booster and more than twice as powerful as one of the big F-1 engines from the Saturn V.

Here’s a close-up video. On the other hand, this one shows what the test was like from the viewing area, in particular the 8 seconds it took the noise to reach us. The sound was very impressive, with enough low-frequency power to make my clothing vibrate noticeably, but it was not anywhere close to painfully loud. The flame was, however, painfully bright to look at. The nozzle was being vectored around during the test (I hadn’t realized that the solid rockets participate in guidance) but that wasn’t easy to see from a distance.

NASA socials give some inside access to people like me (and you, if you live in the USA and want to sign up next time) who have no official connection to the space program. Yesterday we got to tour the plant where the boosters are made. It was great to learn about techniques for mixing, casting, and curing huge amounts of propellant without getting air bubbles or other imperfections into the mix and without endangering workers. The buildings in this part of ATK have escape slides from all levels and are surrounded by big earthworks to deflect potential explosions upwards. It was also really cool to see the hardware for hooking boosters to the main rocket, for vectoring nozzles, and things like that. Alas, we weren’t allowed to take pictures on the tour. 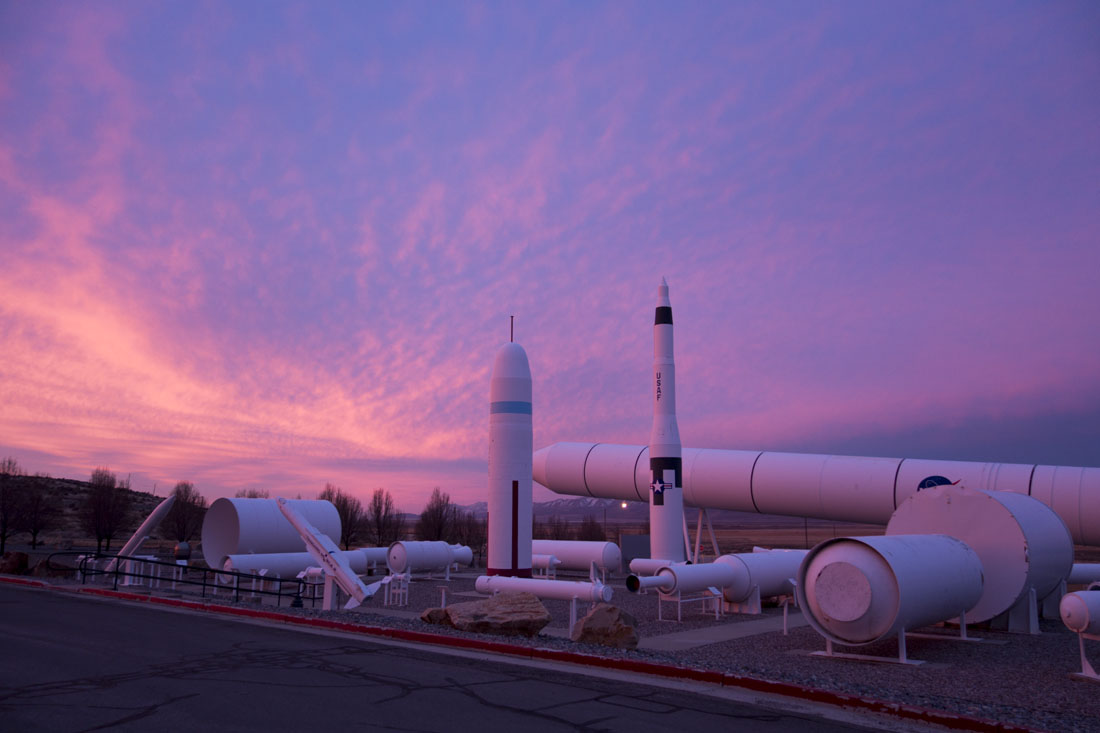 And the main event: 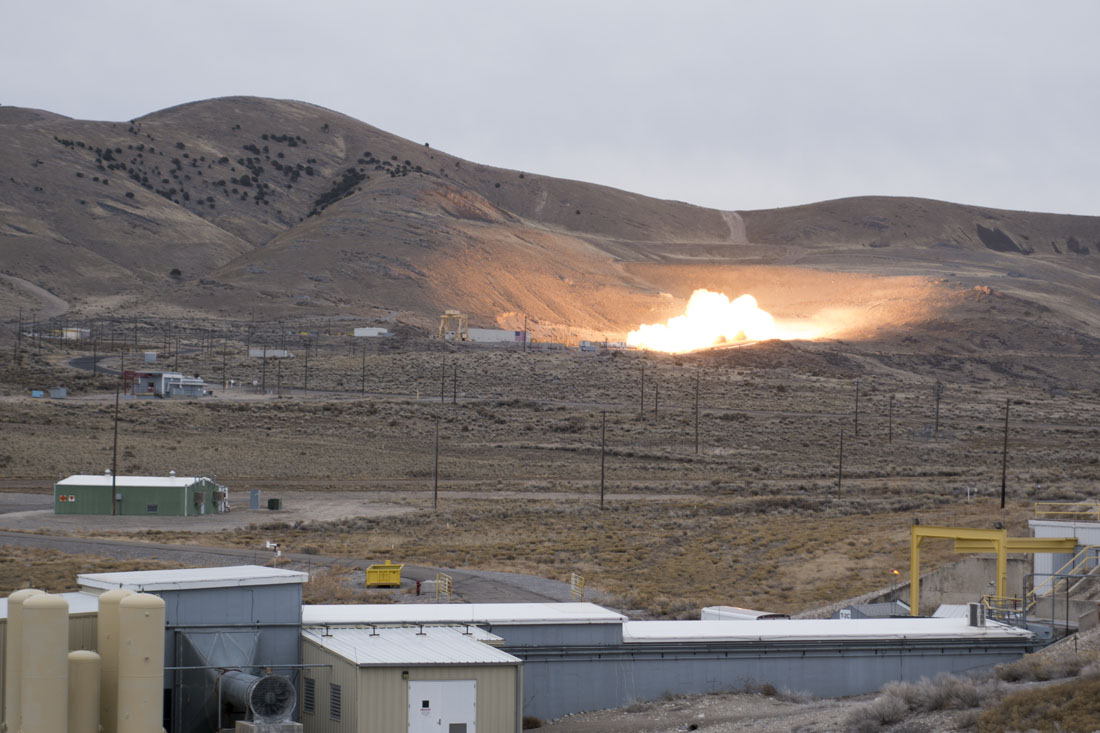 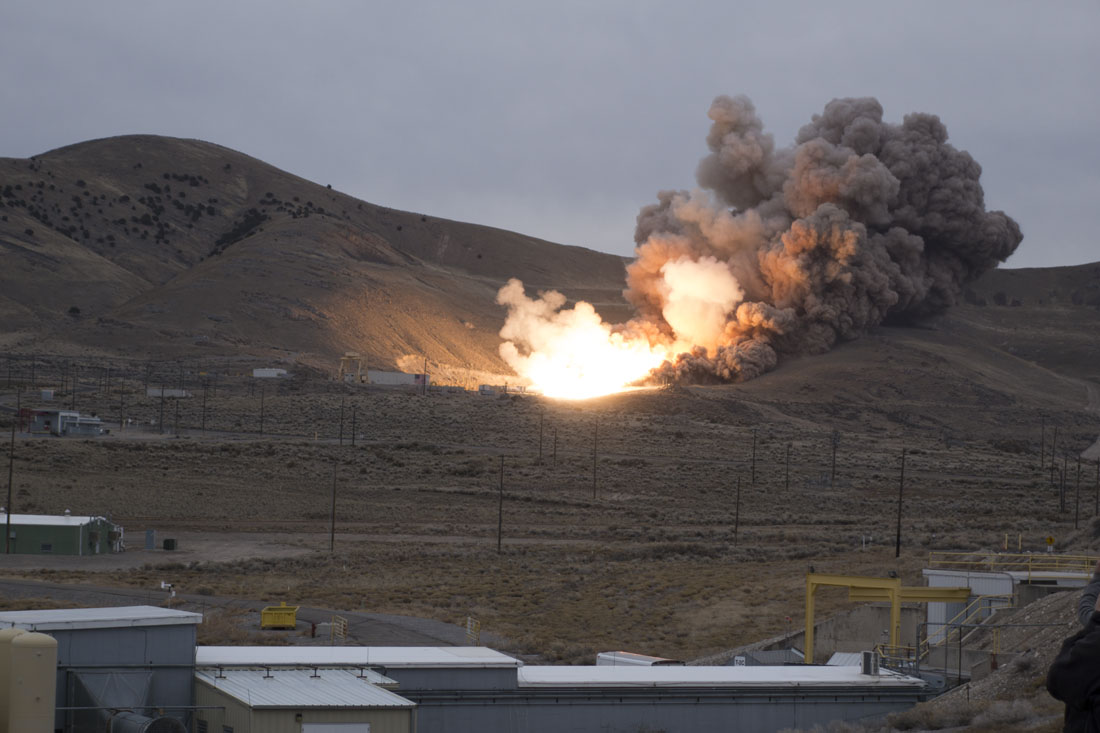 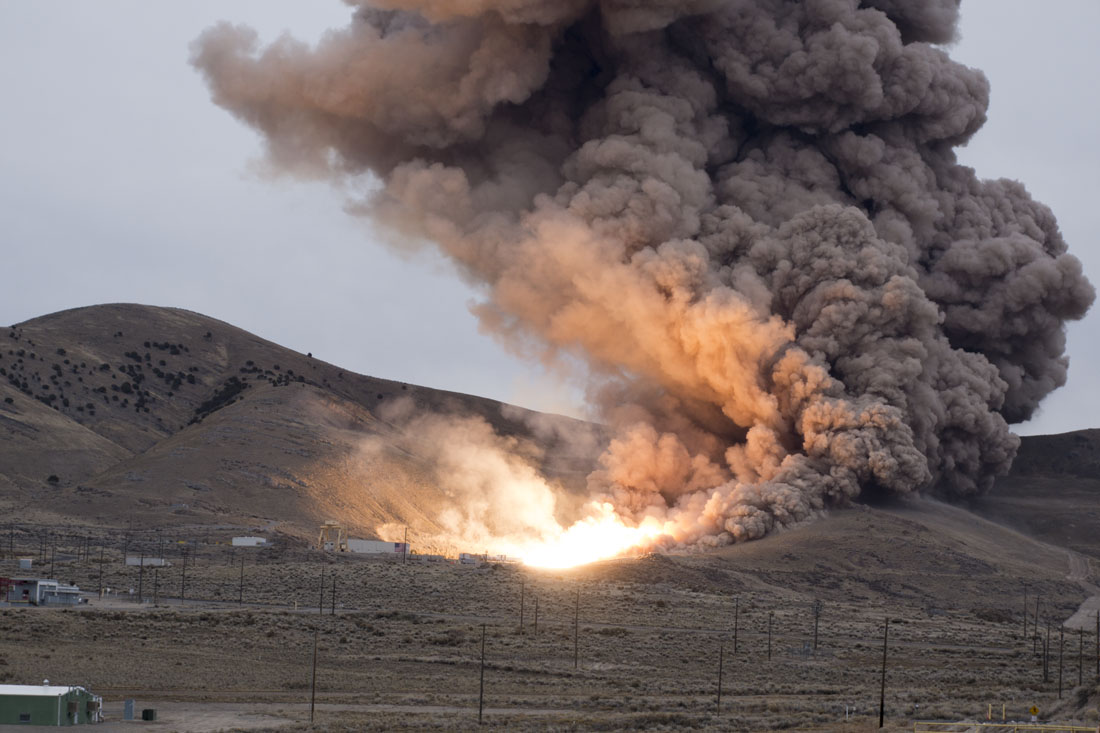 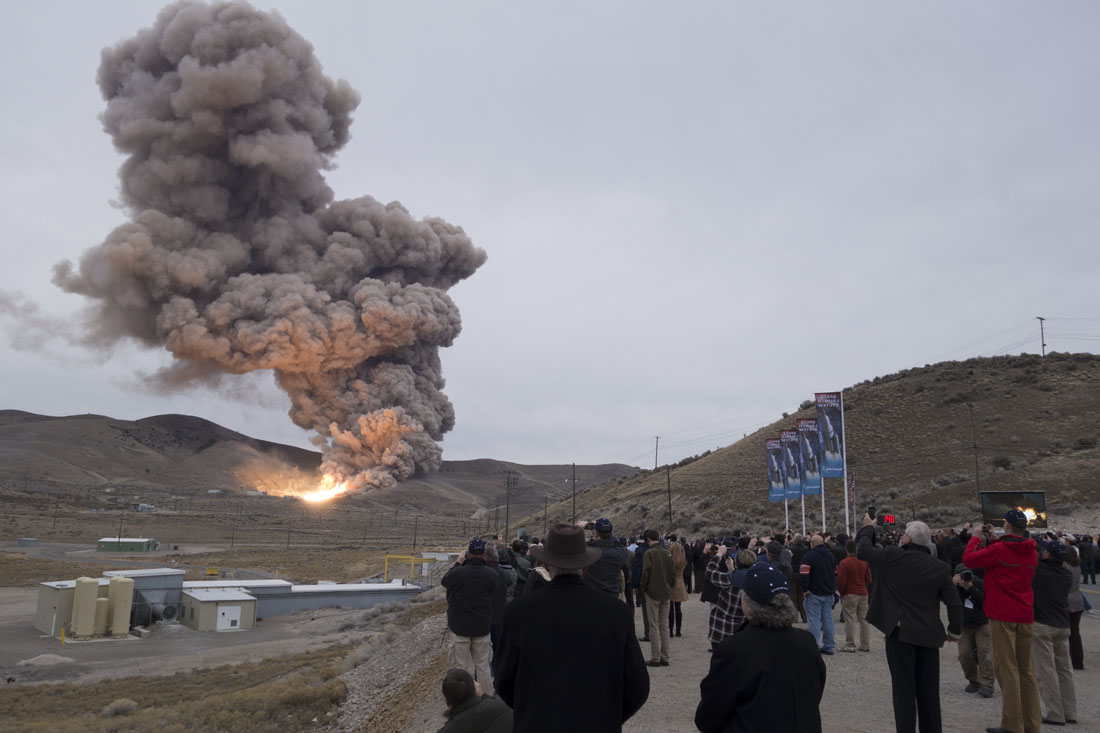 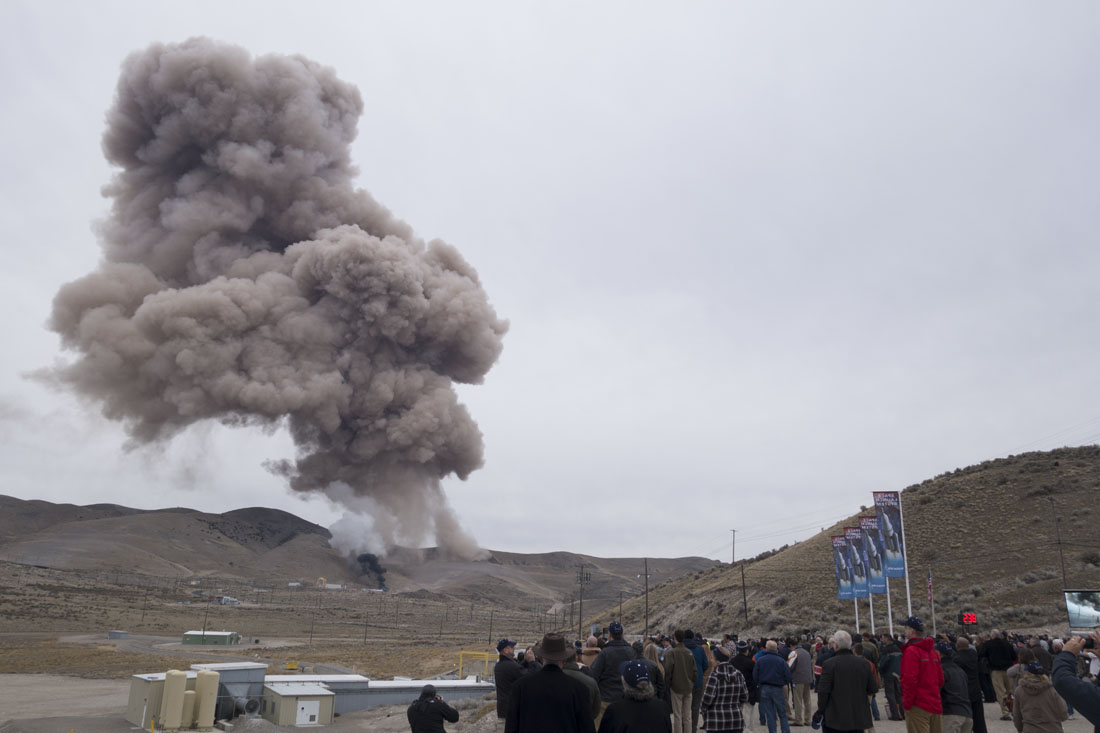