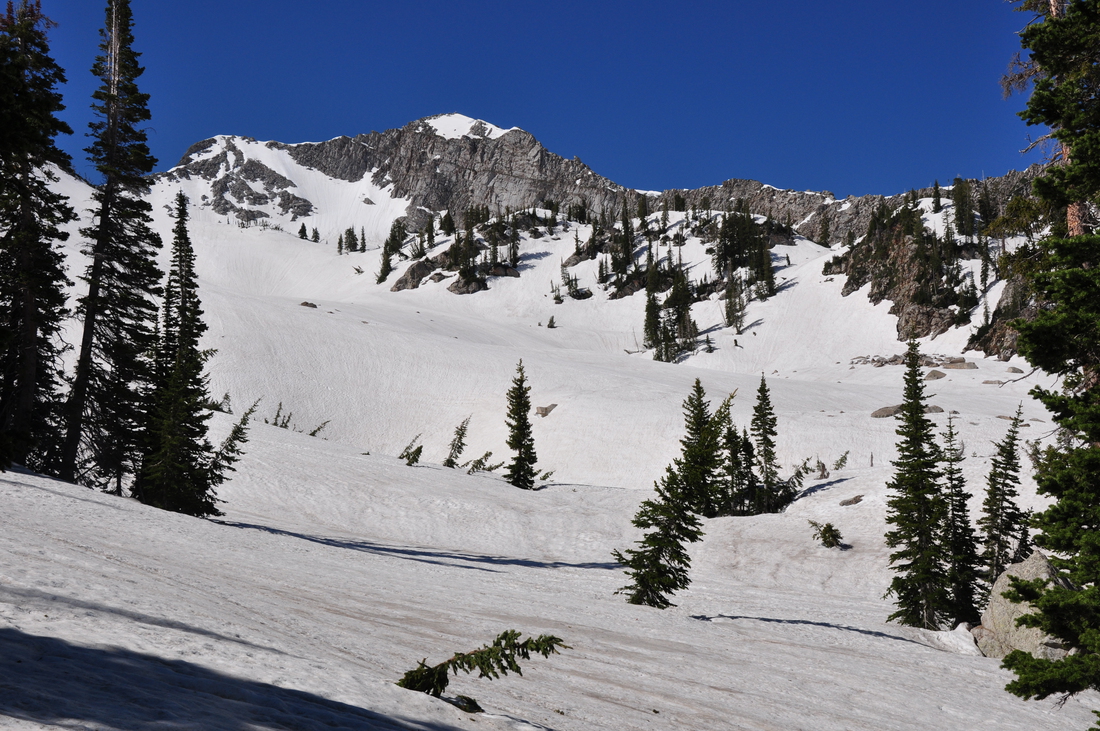 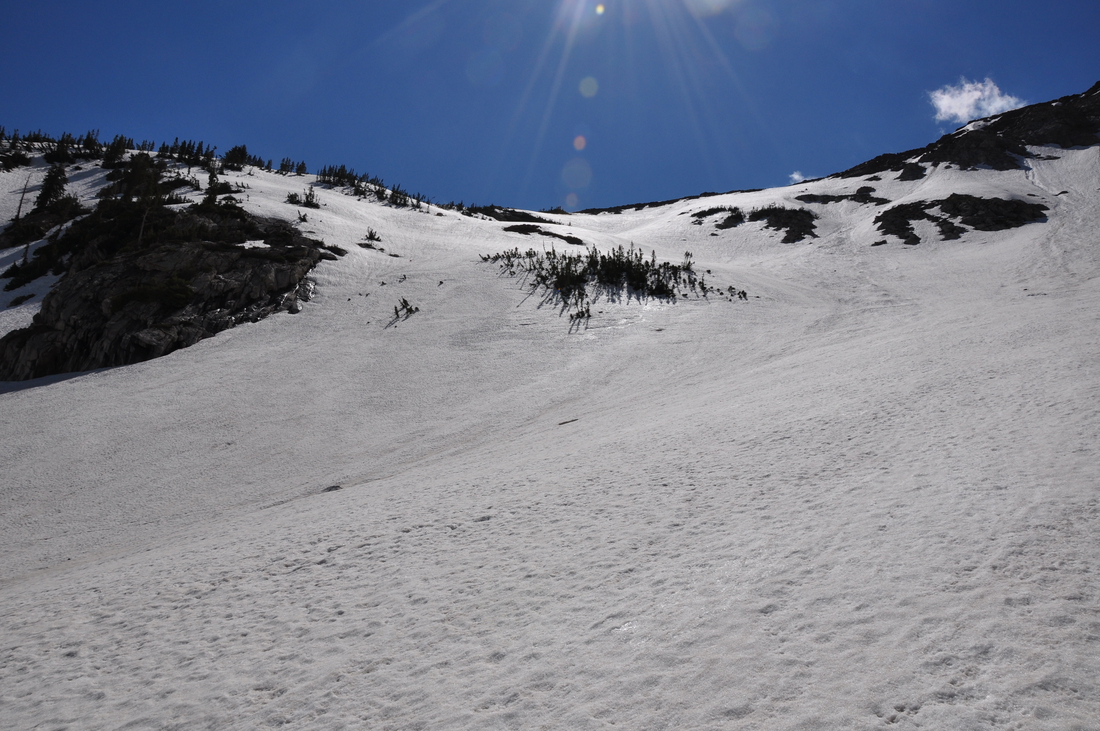 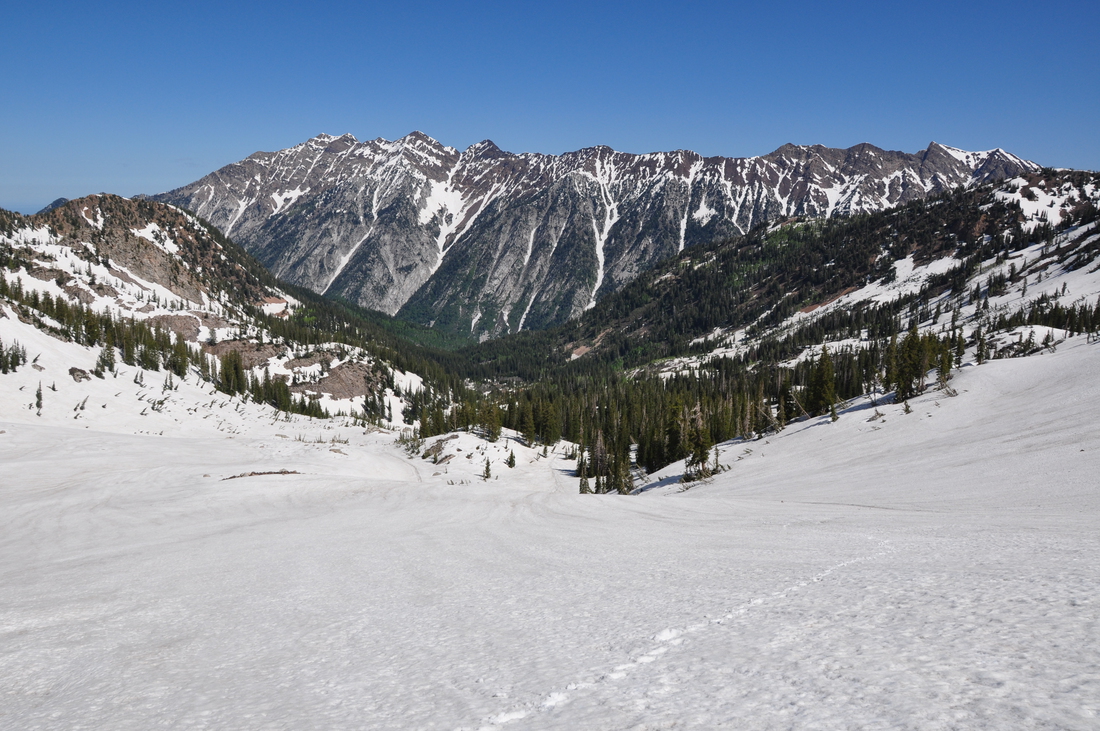 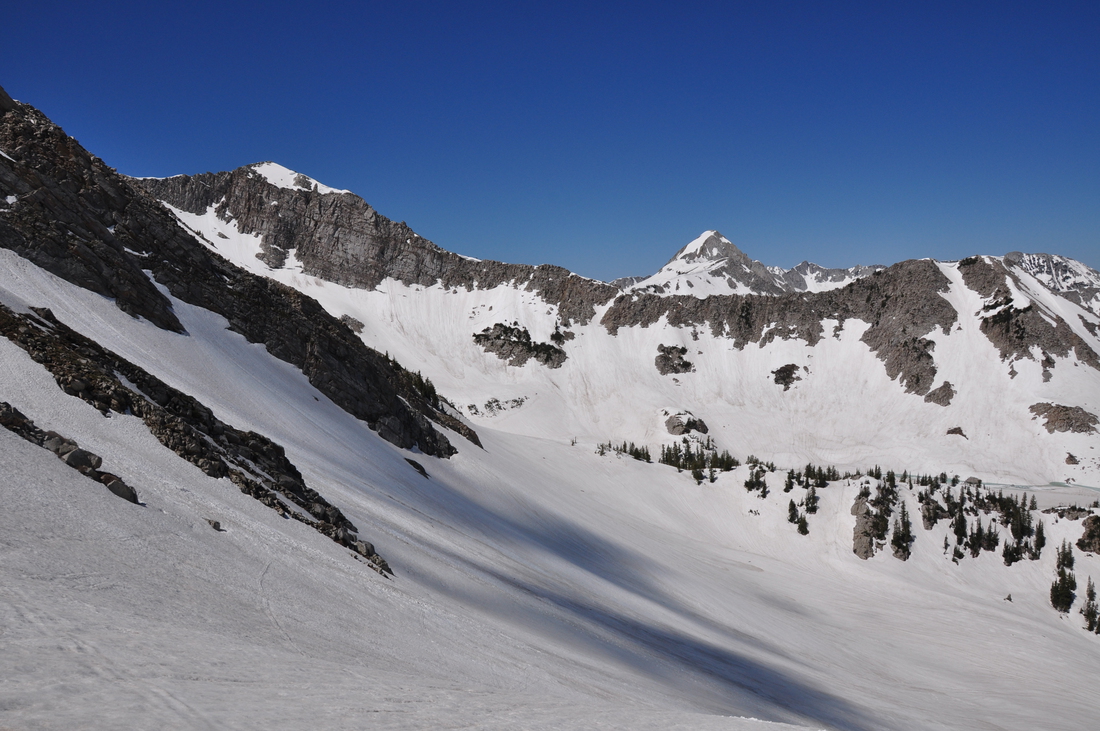 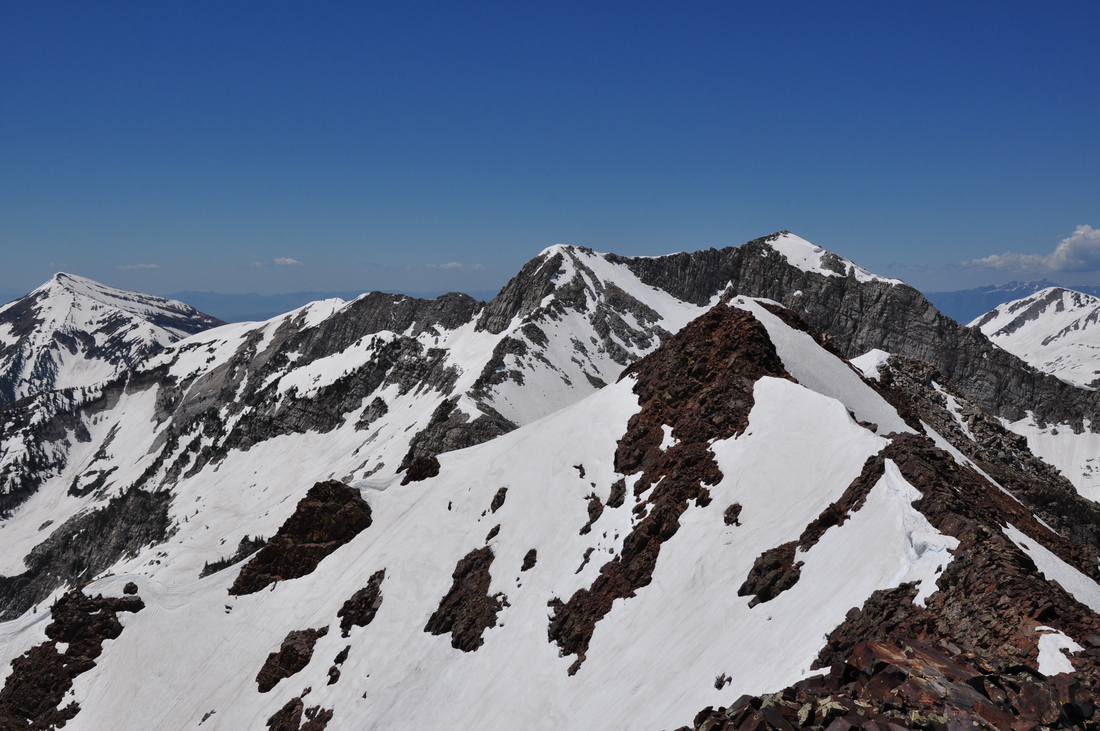 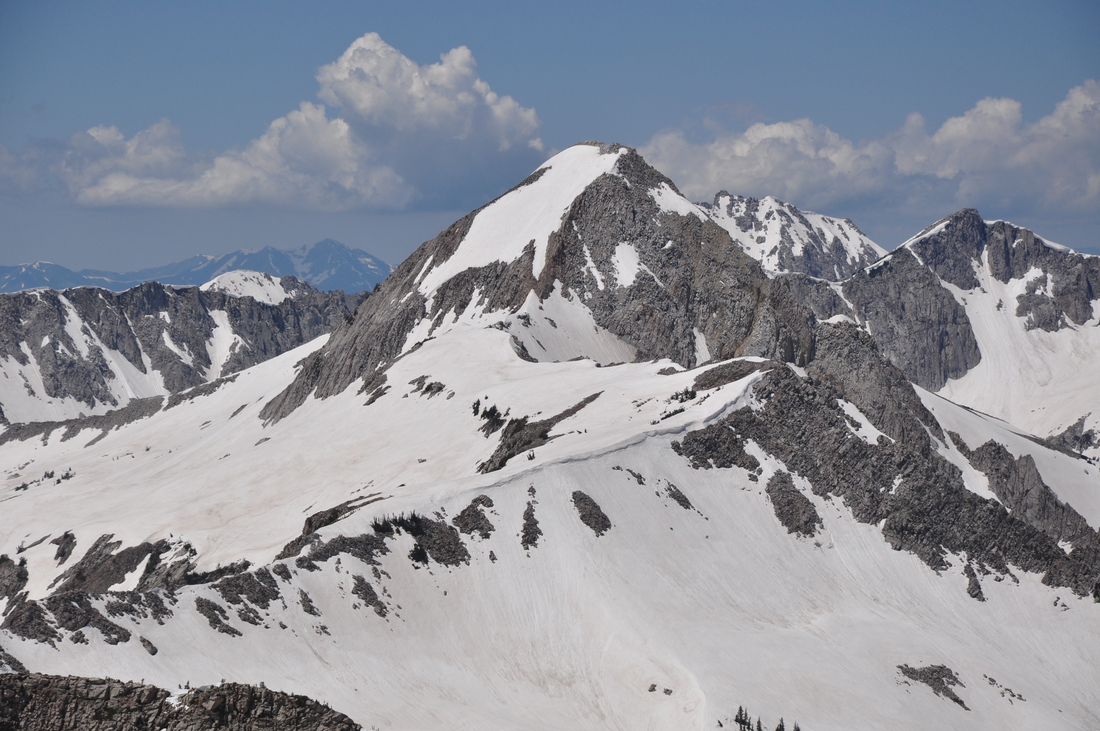 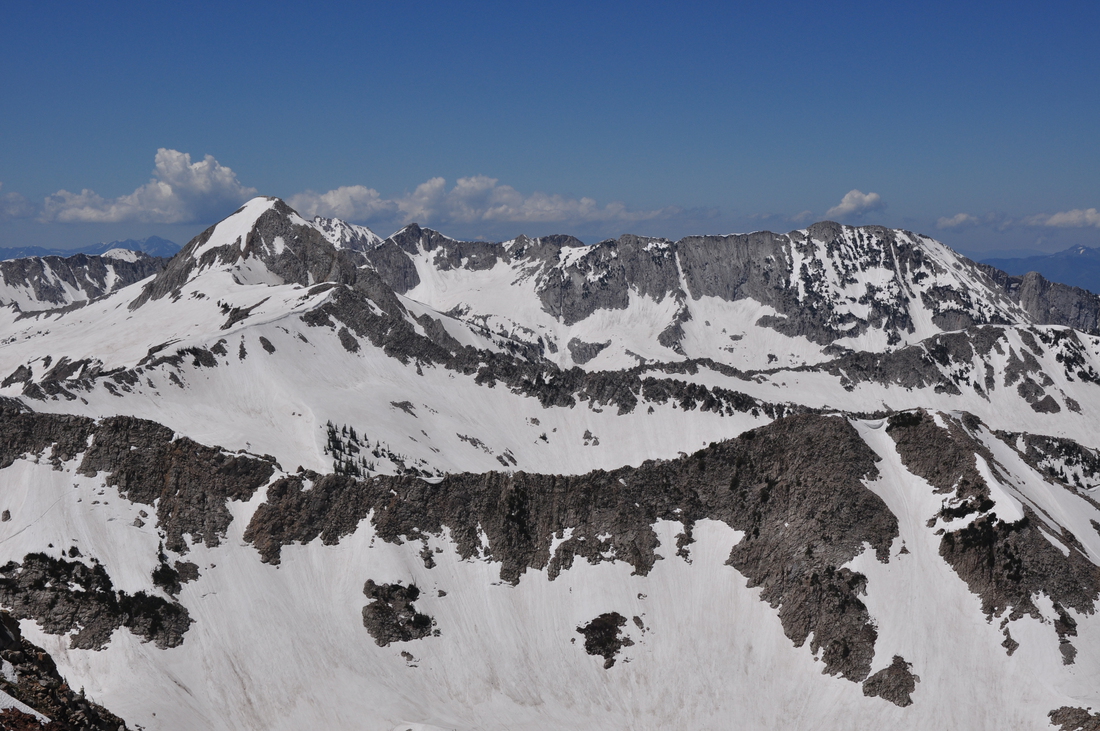 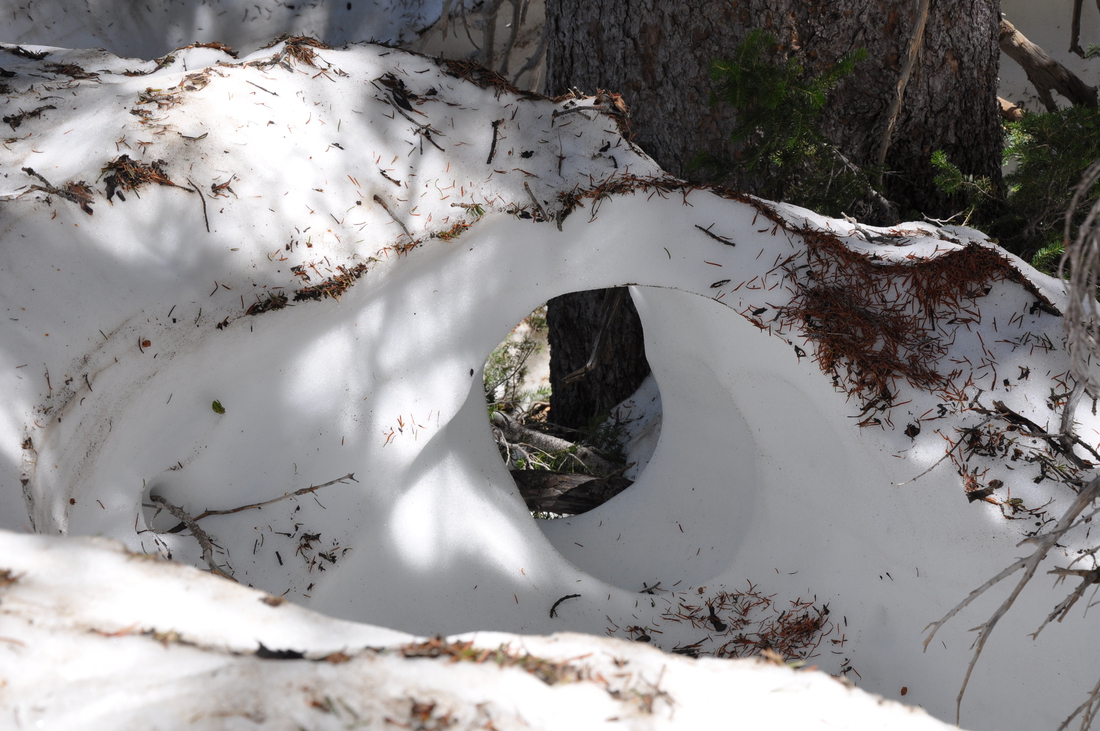 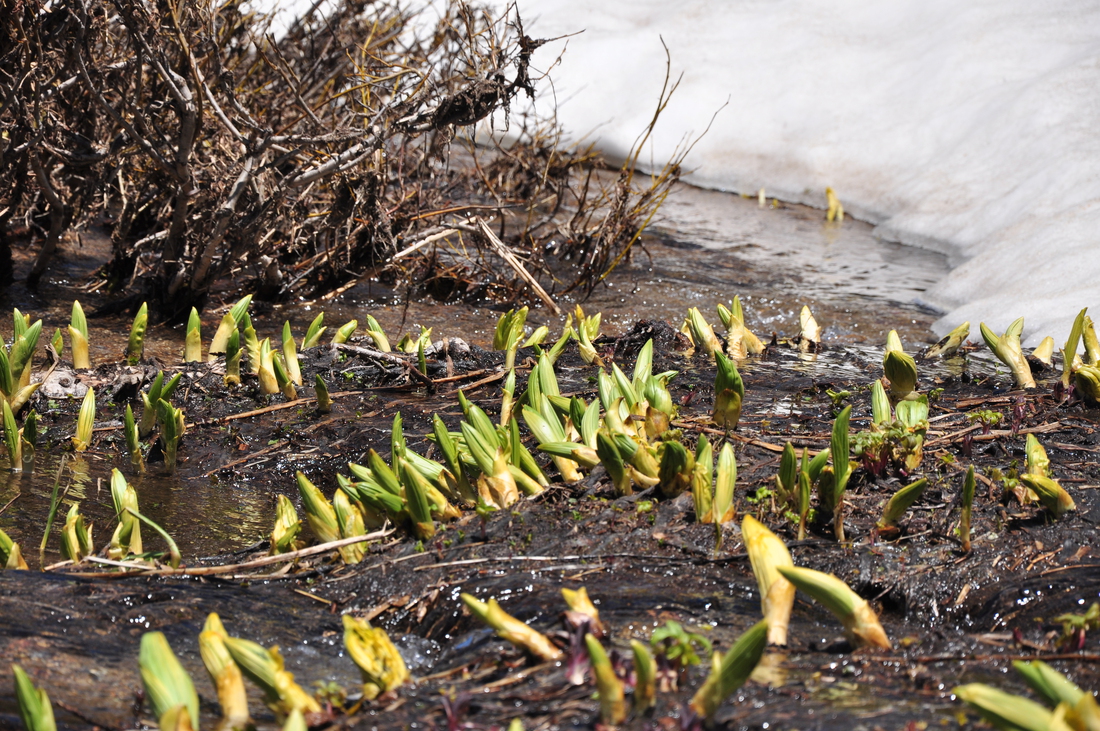 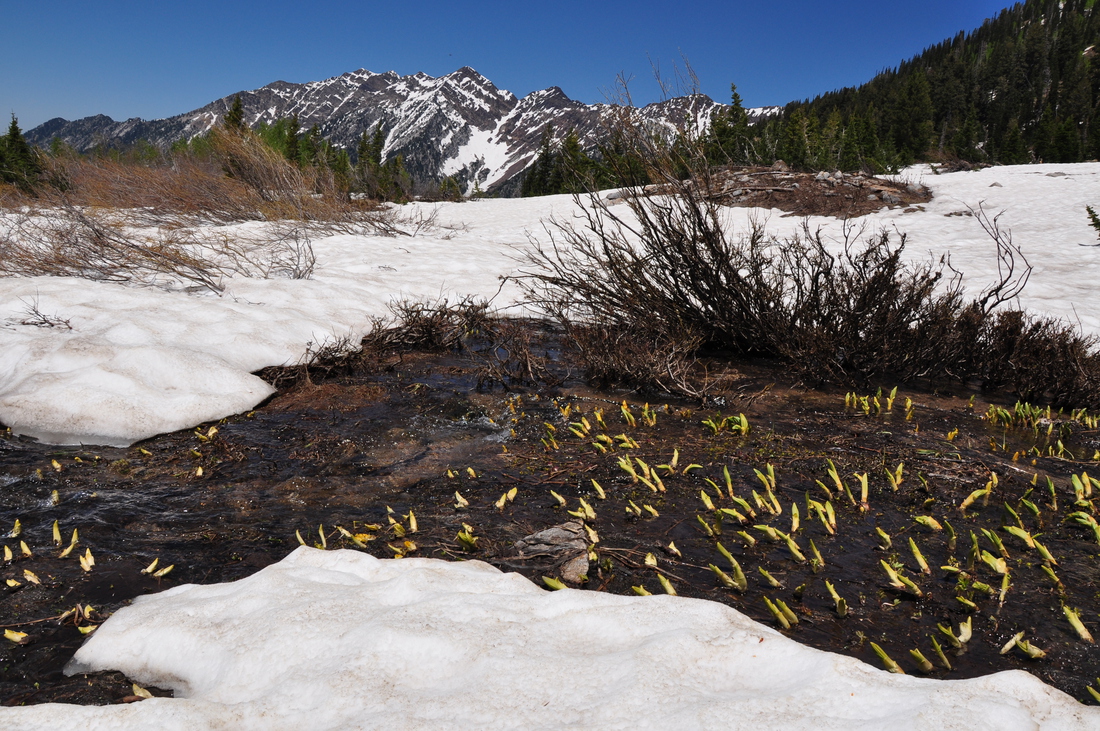 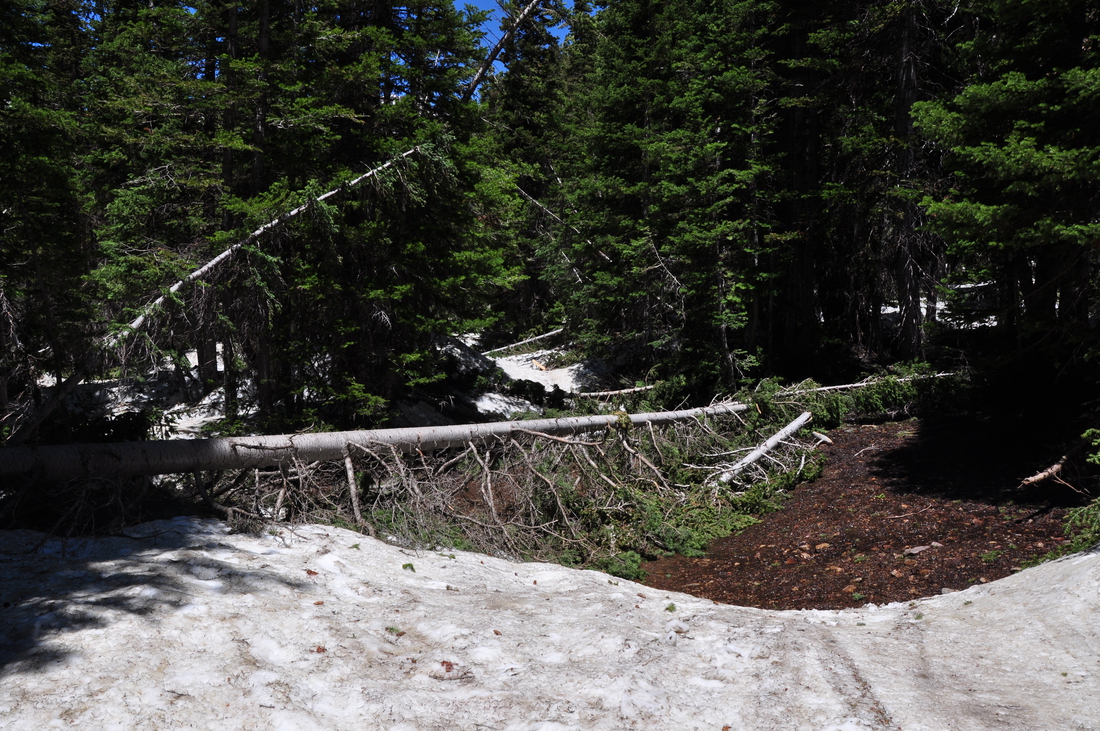 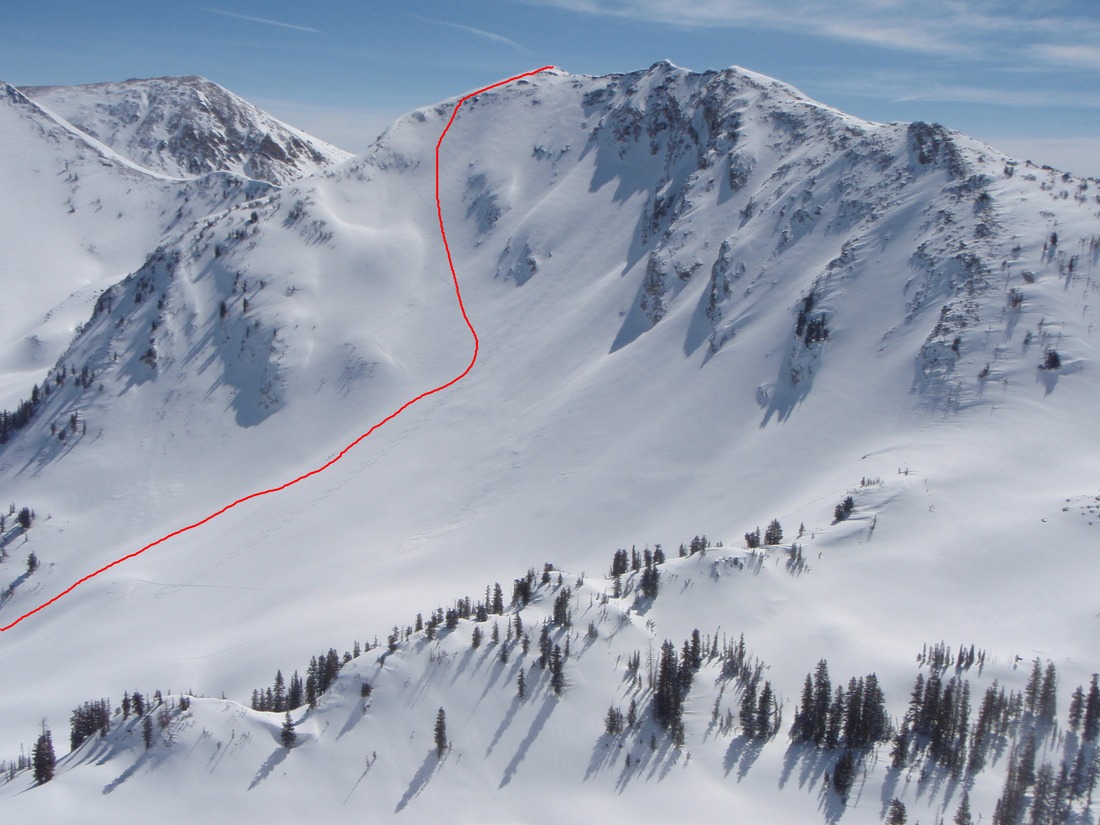 With some travel coming up and hot weather rapidly eroding our epic snowpack, I decided to sneak in a quick snow climb on July 1. Since I couldn’t convince anyone else to go along, I made a conservative choice and climbed Red Baldy, whose northwest slopes present one of the easier and safer routes found on a local 11,000′ mountain.

The only problem with Red Baldy is that the approach is on the White Pine trail which — due to being an old mining road — has a lot of switchbacks and is just long. This year it was more of a pain than usual with a ton of trees down due to avalanches, big snowbanks starting quite low, and plenty of standing and running water from the snowmelt.

Though I started walking kind of late (8:15) I brought crampons in case the snow had frozen up harder than I thought it would. This was definitely not the case, though the snow was nicely consolidated and I only punched through onto talus in a few places. It took about 3.5 hours to get to the top, which seemed really slow. I blame this on the obstacles and the fact that I was breaking trail the whole way — lots and lots of steps were kicked.

I was surprised to arrive at the summit at around the same time as two other guys. It is very uncommon to share the top of an 11,000′ mountain around here with anyone. One of them was on skis and didn’t stay long, the other was camped on the highest dry ground in White Pine and had come up the west ridge, from near White Pine Lake.

The most fun part of this hike was a monster (probably 1300 vertical feet) sitting glissade starting a little below the summit. Glissading is an easy way to shred pants and skin — my secret weapon is a pair of armored shorts I bought years ago after losing too much flesh during my (thankfully brief) career as a mountain biker. With the shorts, an axe, and a good runout I felt safe doing this. After the glissade, it was just a long walk out.