The Art and Science of Testcase Reduction for Compiler Bugs 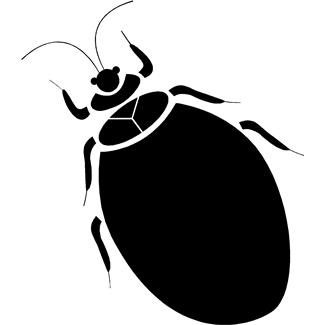 Test case reduction is a common problem faced by programmers where some large input (or more generally, some complicated set of circumstances) causes a program to fail, but we wish to know the smallest input (or the simplest circumstances) that causes the same failure. Reduced test cases are important because:

Test case reduction is particularly difficult when parts of the input are implicit — time, context switches, cache misses, etc. Reducing inputs for compiler bugs — the topic of this post — is both easier and harder than other common test case reduction problems. They are easier because compiler behavior (usually) depends only on the contents of a collection of source code files comprising its input (this may not be the case when the compiler executes non-deterministically or when it reads hidden state like precompiled header files). Test case reduction for compilers is harder because the inputs are highly structured. Thus, it may be impossible to get rid of some piece of the input (e.g. a struct field) because it is referenced by other parts of the input.

The GCC developers have written about testcase reduction here and here. LLVM comes with its own test case reducer called Bugpoint, and reduction is also discussed here. The most commonly used automated test case reduction tool for compiler inputs is delta, an implementation of the ddmin algorithm. However, delta improves upon the original by exploiting the natural hierarchy found in block-structured programming languages.

A basic strategy for reducing a test case has been known for a long time. It is:

This is boring and easy. The tricky thing is that when a fixpoint is reached (no part of the input can be removed without breaking the test case), the resulting test case is probably not the smallest one that triggers the bug. There are several reasons for this:

Escaping local minima requires at least some domain specificity, and at most a deep understanding of the system under test. Let’s look at an example. A few weeks ago I reported a bug where this program causes GCC to crash:

As reduced testcases go, this is perfectly fine. However, Jakub Jelinek, a GCC developer, posted a better version:

While this is clearly derived from the testcase that I reported, it was not produced simply by deleting stuff. Jakub made changes such as:

Why does this matter?  Because it would be awesome if we could automate these transformations and save Jakub some time. The first three are clearly possible, but I’m not sure there’s any general version of the fourth transformation.

It turns out that Jakub is kind of an unsung testcase reduction hero. Consider this awesome example, where his reduced test case is not even in the same programming language as the original. Other good ones are PR 48305, PR 47139, PR 47141, and PR 45059. All of these make my reducers look kind of bad. Many more excellent reduced GCC testcases have been created by people like Richard Guenther, Volker Reichelt, and Andrew Pinski.

What other tricks do people use to create the smallest possible test cases?

A final reduction technique is to deeply understand what is going wrong in the compiler and trigger that behavior in some different way. For example, see the introduction of __UINTPTR_TYPE__ in PR 47141.

In summary, testcase reduction is both an art and a science. The science part is about 98% of the problem and we should be able to automate all of it. Creating a test case from scratch that triggers a given compiler bug is, for now at least, not only an art, but an art that has only a handful of practitioners.